In 1979 Lamborghini already had an open top V8 car on the market, the beautiful Silhouette with those magnificent 'telephone dial' wheels that are worth their weight in gold these days ... but there was one major hurdle Lamborghini just didn't manage to overcome ... export to the United States, officially the Silhouette was never imported into the US, one of the most important markets for Lamborghini.

So after being in production for only three years, from 1976 to 1979, production of the V8 Silhouette was halted ... only 52 were built, less than 30 were known to remain in 2010 which makes this model one of the rarest classic Bulls to be found these days.

However the appeal of an open top Lamborghini was too strong to ignore, so Bertone was contacted to turn the Silhouette into a new, more modern looking car ... the Jalpa. Where the Silhouette used wide wheel arch extensions that looked very aggressive, but totally not integrated into the design of the car, the Jalpa received round wheel arch extensions that were completely molded into the bodywork.

Up front the deep spoiler from the Silhouette was replaced with a more integrated, smooth spoiler with a large air intake in the middle, flanked by rectangular lights. The bumper became a larger unit with driving lights and turn signals integrated and painted in light brown while the rest of the bodywork on the Jalpa prototype would be a metallic brown with an orange hue.

The air intakes behind the side windows were modified and painted in the same light brown shade as the bumpers and the removable roof section, that would still be stored behind the seats by the way, the engine cover of the Silhouette was replaced by a more stylish unit without those two large grilles to allow hot air to escape.

The original Jalpa Prototype even had a rear spoiler integrated into the rear luggage compartment cover, but this feature didn't make it into production, the Jalpa did not have any rear wing installed at first, later on many owners installed a Countach style wing on their V8 model ... if it was a factory original option is highly doubtful however.

The Jalpa prototype received the famous Pirelli P7 tires, but no longer on those awesome deep concave telephone dial wheels as the Silhouette did ... they were deemed too expensive so a totally new design was adopted on the Jalpa, a rather flat and simple alloy wheel was used that looked at bit like the ones used on the Athon prototype, another Bertone concept.

When the Jalpa prototype was presented on the 1981 Geneva Show it was finished in a brilliant metallic bronze, all plastic body parts like bumpers, roof and air intakes were painted in a mustard-color while a beige-and-brown striped leather interior was used ... something that was only seen once after production started inside a custom made white Jalpa, the striped interior never became a factory option.

This interior for the Jalpa was also completely different from the Silhouette, the dashboard used new instrumentation in a rather cubist design, the steering wheel was changed and the seats now featured adjustable backrests making them much more comfortable compared to the Silhouette units.

Do note the Jalpa Prototype didn't have the 3.5 liter V8 production engine yet, the show car still had a 3.0-Liter V8 Silhouette power plant, in fact this Jalpa prototype was built on chassis number 40058, which used to be a Silhouette that was delivered to Achili Motors on 9/1/1978. Sadly this particular Silhouette remained unsold at the distributor and was returned to the factory that used it to develop and built the first Jalpa prototype.

For the Jalpa production models the original Urraco/Silhouette 3 liter V8 engine was increased to a 75mm stroke resulting in a 3485 cc displacement and 255 Bhp at 7000 rpm, the transmission ratios were altered and the suspension was revised to use the new 16 inch wheels that replaced the expensive 15 inch rims used on the Silhouette.

Rumor has it the one of a kind bronze prototype was later repainted in a more regular white shade, at the same time the unique interior was redone in black leather, latest information on this car was that it was still owned by Automobili Lamborghini SpA, however in the official factory museum we can't seem to find a Jalpa today.

Printed from www.lambocars.com/v8_engine/jalpa_prototype.html on July 2. 2020 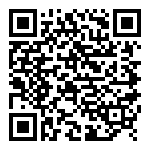