On the 1997 Geneva Auto Show, Gigliato Design presented a new Sport car, the Aerosa. Automobili Lamborghini and Gigliato Design were to build this car as a Joint-venture between Japan and Europe. The engine was a special 4.8 Litre Ford Musting V8, pumping out enough horsepower for this small race car to arrive at 100 Km/h. in less than 5 seconds.

The car would be entering several races through out Europe, Japan and the United States, were it should have posed quiet a threat to the McLaren F1 and Porsche GT1 race cars which dominated their classes.

If this car would become a competitor for the Diablo SVR or GTR model was yet to be seen, perhaps both cars won't compete in the same races.

The Gigliato Design studio was founded by Nobuo Nakamura, a Japanese designer, apparently the name Gigliato sounds similar to his wife's name, while Giglio means 'Lily'.

Because of the strict regulations the Aerosa was designed outside of Japan and later import them, a decision was made to assemble the car in England. During 1995 Gigliato teamed up with Automobili Lamborghini SpA and an updated Aerosa was created, a letter of intention was even signed between the two companies stating Lamborghini SpA would engineer, develop en even built it afterwards.

This Aerosa would be a competitor for the Ferrari 355 range, the first orders were to be accepted during 1998 with delivery starting as early as 1999 for a price of about US $ 65,000.

The Aerosa hasn't been seen recently, so perhaps it will remain a lonely prototype, like so many Lamborghini based dream cars in the past

Printed from www.lambocars.com/related/gigliato_aerosa.html on August 8. 2020 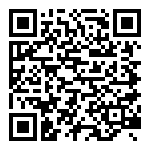