On the October 1999 IAA Auto Show in Frankfurt, Germany the latest Bugatti W18/3 Chiron was presented to the public for the first time.

Current Bugatti owner VolksWagen, under the direct management of the by now notorious Dr. Ferdinand Piëch already presented two new Bugatti prototypes during 1999, the EB 218 sedan and the EB 118 two-door coupé, but this new 18 cylinder super car was meant to become the successor to the already legendary EB 110.

A very good looking EB 118 Spider was shown in design only, but production was planned, Dr Piëch was not yet sure which Bugatti would first be produced in the all-new Bugatti factory in Molsheim, the decision was still to be taken in October 1999, either this new 18/3 or the four-door luxury sedan EB 218 will be the first new Bugatti after the factory was finished.

Powered by a 6.3 Litre 18 cylinder engine in the famous 'W' configuration borrowed from the EB 218 and EB 118, the new Chiron puts 555 Bhp on all four wheels, with a length of only 4420 mm and a height of 1150 mm the Chiron heads right into the Lamborghini Diablo VT's competition league.
By the way, the Chiron was built on a Lamborghini Diablo VT platform, using the exact same four-wheel drive Visco-Traction system and thus having a wheelbase of 2650 mm. This prototype used 20 inch wheels in the well known flat spoke design, using eight spokes to set it apart from the VW W12 super car prototype which used a similar 7-spoke design, these big wheels were shed with 265/30 ZR 20 to the front and massive 335/30 ZR 20 at the rear axle.

The engine was, just like on the Bentley Hunaudières concept and the VW W12 prototype, not completely covered, the massive 18 cylinder was installed in front of the rear axle, making the Chiron a mid-engined super car. In fact this engine was made from combining three six cylinder engines in a 60 degree setting, using a four-valve per cylinder configuration combined with direct fuel injection and ignition which not only produced 555 Bhp at 6800 rpm, but also 630 Nm (390 Lbs/ft) at 4000 rpm, topped only by the latest Diablo GT which had 575 Bhp on tap but with exactly 630 Nm too. A compression ratio of 11.5:1 was used with a bore and stroke of 76.5 x 75.6 mm, this complete engine amounted to 315 Kg dry weight.

The engine can easily manage a top speed of way over 300 Km/h., an exact top speed wasn't known yet when Frankfurt opened, but later test drivers will surely show a top speed of about 330 Km/h since the Bugatti had about the same horsepower as the Diablo GT which managed 338 Km/h.

The overall design of this Chiron used several Bugatti features, the well known radiator design and the line in the center of the car, running from the front and only ending at the very rear of the car, a Bugatti trademark from the beginning, also seen on the EB 110, while the circle shape of the rear side windows was a typical Bugatti half circle, the same circular design was seen at the rear of the car, where the engine cover used it too.

It is obvious the VW design center in Wolfsburg had some strong influence in the styling of this intimidating Bugatti, designed by Fabrizio Giugiaro, the son of Giorgetto Giugiaro, and Hartmut Warkuss, a well known VW designer, the stylish bodywork was entirely made from carbon fibre, the stretched turn signal indicators at the front are accompanied by triple headlight units using the modern Xenon (r) technology. At the rear two small, stretched out tail lights were installed on top of the wheel arches, two big double exhaust pipes were visible through a large air extractor at the rear of the car which was also used as a down force spoiler similar to the Lamborghini Diablo's rear bumper concept.
A large, single air intake was present at the front coupled to two air extractors just ahead of the front wheels, smaller intakes were present in front of the rear wheels to cool the massive disk brakes covered by them, behind the rear side window an intake was mounted at both sides to allow a continuing airflow through the engine compartment. The exterior rear view mirrors were mounted on two small bars putting them higher up in the air, just like on the current Le Mans race cars. A speed related rear wing was installed too, raising in three stages depending on the speed of the car.

The interior finish on this Bugatti prototype was nothing like the previous Bentley prototype or the Bugatti EB 218 / 118 cars, no luxury for the Chiron but only a real sports like feeling with light alloy materials in plain sight. A small diameter four-spoke steering wheel was placed in front of two large dials together with two smaller dials, on the central tunnel an open-gate gear lever was installed coupled to a six speed manual gearbox. The only storage space in this Bugatti Chiron could be found behind the two leather bucket seats with integrated headrests, but more than a small briefcase or a set of golf clubs was not possible without using the passenger seat. The interior used both blue (called Blu Pacifico) leather and reversed yellow (Sabbia) leather, aluminium was present on the doors, the steering wheel and on the central tunnel, a very special feature was the installation of a removable Chronograph mounted at the passenger side.

Starting the Bugatti Chiron was a kind of ritual, first you turn the ignition key, after which you pressed a big red start-button to fire up the 18 cylinder behind you.
The Bugatti Chiron was actually named after the famous French race driver Louis Chiron, who was a factory race driver for Bugatti during the Twenties and Thirties, the car could be ready for deliveries during 2002, after the EB218 and EB 118 Coupé are released, but at a reported price of about DM 500,000 (US $ 270,000) the production will be very limited for this lightweight Carbon Fibre bodied exotic reaching a top speed of nearly 350 Km/h.

Printed from www.lambocars.com/related/bugatti_18_3_chiron.html on August 8. 2020 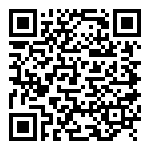