A very special Lamborghini Urraco was found in Switzerland by Raymond Stofer, nothing much was known about this specific Lamborghini, only that is was based on a P250 S Urraco.

This car has recently been restored and is now finished in black instead of the original white, the visual impact of this special Urraco was high, at the front a deep chin spoiler was mounted, styled in typical Silhouette looks, from which the wheels were also taken, much sought after items to mount on the more recent Jalpa's.

Also stylish wheel arch extensions were mounted and completely integrated into the bodywork, the front and rear wheel arches were connected by custom running boards with rear intakes, probably to cool down the disk brakes, this P250 S had the big black bumpers, which would designate it as a late model P250, not an US-Specs since no side lights were present.

When taking a look at the entire car it's strange to find out that no rear wing was mounted, but to compensate this detail, special race-type bucket seats were mounted on the inside, complete with five-point seatbelts, the entire interior was originally covered in white leather with red inserts, together with the white exterior and a fine red line running from the front of the car to the rear, it must have been a very nice looking car when new, today the car is finished in black, the interior color isn't known right now, it was for sale in mid 2001.

PS : the owner of this car has requested to remove all images online ...

Printed from www.lambocars.com/prototypes/urraco_p250_gt-r.html on August 7. 2020 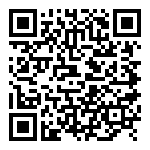