The Genesis by Bertone

On April 21, 1988 at the Turin Motor Show, the Genesis was first shown to the public, after some 30,000 man hours had been invested in it by Bertone.

Marc Deschamps, chief designer of Centro Stile Bertone, mostly designed the Genesis and it looked like a sporty mini-van. However, the overall impression was one of speed and performance. Power was delivered by the well-known Lamborghini Countach Quattrovalvole engine, still pumping out 455 bhp at 7000 rpm.

The engine was mounted at the front in a longitudinal position, with the front seats partly on top of it.
On the Genesis the engine was coupled to a Chrysler TorqueFlite three-speed automatic gearbox instead of the usual five-speed manual. Because of this automatic gearbox, the acceleration was rather slow, mainly because the top gear ratio was too long, therefore high revs took a long time to reach.

The Genesis was mounted on a shortened chassis with a 2650mm wheelbase like the a Lamborghini Espada, while the overall length of the car was only 4475 mm, the width of 2000 mm gave the Genesis a very wide appearance.

Therefore, the interior was very spacious, and you entered this cockpit through two large gullwing doors for the front seats, while the rear seats could be reached through a sliding door on each side. Five people could be seated in the Genesis, these seats were a completely new design, upholstered in red and grey Alcantara leather.

The front passenger seat had in fact two cushions, one to the front and one to the rear, the backrest could be turned 180 degree, so the passenger could face either forward or backward.

The brakes worked fine ... if you pushed hard enough, but the suspension suffered from the heavy weight of about 1800 Kg. However the overall impression of the Bertone Genesis was very good, in fact, with the production of the LM-002 halted, Lamborghini could easily have used the LM's production line for a Genesis style model, or for the Jalpa heir, the P140.

Printed from www.lambocars.com/prototypes/the_genesis_by_bertone.html on August 7. 2020 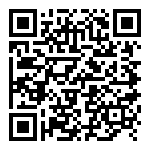