Paris, October 1. 2008 ... Lamborghini finally unveiled the new Estoque model, after no less than four teaser shots that gave away some details of this new car, the full shots are now available, and they show an impressively styled four door super sedan.

As we've mentioned from the start, there is a front mounted engine, and in the case of the Estoque concept car this is the V10 engine also found in the Gallardo LP560-4, so expect a horsepower rating of 560 Bhp for this large four seater, with a total lenght of 515 cm this is a rather impressive car alltogether.

At the moment Automobili Lamborghini SpA is talking about a production version of this concept as early as 2010, probably offering more engine variants, there is even a rumor about a V12 diesel powered edition.

Printed from www.lambocars.com/prototypes/estoque.html on September 19. 2020 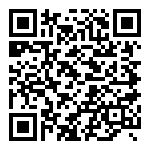