During the late Nineties, a rather special Urraco was offered for sale, this car dated from 1974, but the bodywork looked like the later Silhouette, but without the targa-roof configuration.

Nothing much is known about this specific Lamborghini, only that is was based on a P250 Urraco, the original 2.5-Liter engine was however replaced by the more reliable chain-driven 3-Liter unit from a crashed P300. The most obvious changes are however to the bodywork, a full Silhouette look alike was created from sheet steel panels, the box-shaped wheel extensions and the deep chin spoiler looked almost identical to those used on the rare Silhouette.

Also much wider wheels were mounted, especially at the rear, surprisingly enough these were 'traditional' five-spoke wheels instead of the much nicer but very hard to find five-hole Silhouette type wheels. To finish off the exterior modifications a big Countach-style rear wing appeared at the rear.

Printed from www.lambocars.com/prototypes/customized_urraco.html on June 3. 2020 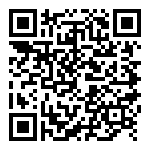