Back in 1986, Kevin Verduyn developed the Navajo, a concept car for Chrysler, but the project never got beyond the clay model. By refining some details, the Navajo was transformed into the Portofino, a show car to symbolize the Chrysler takeover of Lamborghini, the badges on the car show the raging bull inside the famous Chrysler logo.

The Portofino was built on a Jalpa chassis, which had to be lengthened by 66 cm to allow the space for four seats. The Jalpa engine and transmission were also used, but the main attraction were the four horizontally hinged doors, the two front ones opened just like on the Countach, while the two rear doors were hinged in the rear, and also opened upward, thus eliminating a door sill.

The exterior styling was aerodynamic, a bit heavy for a real Italian sports car, but the Portofino could seat four passengers, and at speeds true to a real Italian car.

The Portofino was built by Coggiola in Turin and was unveiled to the public on the late 1987 Frankfurt Auto Show. The Portofino prototype traveled all over the world and was put on display on various Auto Shows before it disappeared. The interior of this car was very well finished, with hand-sewn leather seats and a completely adjustable cockpit, this meant the seats, the instrument pod, the steering wheel and even the switchgear.

The idea behind the Portofino can be compared with the Marzal, but it is very unlikely that either company will ever produce the Portofino, the Portofino was however used to create the Eagle Optima, a show car for the Nineties, used by Chrysler. The Portofino was actually completely functional, and could travel at a 240 Km/h. top speed.

Recently a fan of this website told me the Portofino was wrecked in the late Eighties, however Michael J. Rollins informed me the actual car was rebuilt by Metalcrafters in Costa Mesa, California. During this rebuild, the Portofino has been fitted with real glass instead of the plexiglass used on the prototype, also the windscreen was now laminated glass and all glass surfaces become tinted.

Printed from www.lambocars.com/prototypes/chrysler_lamborghini_portofino.html on September 20. 2020 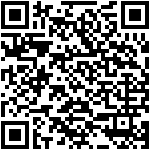