A less well known special body on the 400 GT 2+2 chassis was built by Neri & Bonacini, who also created the first two chassis from which one was used to build the 35O GTV bodywork on.

One of their other achievements was a very beautiful convertible, constructed on an old Ferrari 25O GT chassis from 1960.

During 1966, they started designing, and eventually building, a very special aluminium body for this Lamborghini chassis, the complete car was finished in June 1966, and was designated the 'Monza 400'.

The lines of this custom Lamborghini showed some resemblance with those of a Ferrari, and it is understood that the windscreen actually came from a Ferrari.

The car was acquired by an American, and was subsequently shipped to the United States, but on April 8, 1967 he sold the car to someone Spain, where it could still be found today.

It is rumoured that a replica of this car has been built for a wealthy collector, but no further information is known about that.

Printed from www.lambocars.com/prototypes/400_gt_monza.html on September 24. 2020 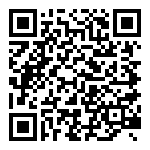