The idea of a multi-purpose Lamborghini was taken one step further with the enormous LM-004.

The car was built around the same chassis as the LMA-002, but went much further, the engine wasn't the 'normal' 4754 cc unit (factory designation number L 503), but an all new 7.0-Litre one.

This new engine was designed by Alfrieri and used very little parts from the original 5-Litre unit, this 7-Litre unit was actually destined for marine purposes and could be distinguished from the smaller V-12's by the larger exterior dimensions and the design of the cam cover.

Several other parts around the engine were changed too, the gearbox became mechanical instead of the automatic ones in the first designs, and a special design by ZF was used, taken from the LMA-002.

The suspension was also taken from the LMA, as was the power-assisted steering, but a big difference was the use of drum brakes on the rear axle.

Lamborghini aimed the LM-004 at another category of customers, this was clearly visible on the inside of this car, the seats were changed for body-hugging types like those in the Countach, upholstered in leather, with nice carpets on the floor, a complete dashboard with radio-telephone, VHF radio, stereo system, air-conditioning, refrigerator and a cold-water tap between the back seats.

Only one LM-004 was built, the new 7-Litre engine did not perform well enough to allow the increase of weight against a 5-Litre unit. Therefore, further testing was done with the 5-Litre unit, resulting in the LM-002, which would be commercialized from 1986 on, in almost the same form as the LM-004.

Note that the original LM004/7000 was actually tested by AutoCar in May 1986, perhaps you can still find a copy of this test, unfortunately this rare Lamborghini no longer exists today.

Rumors state however that it was possible to order the LM002 with the 7.0-Litre Lamborghini marine engine fitted into it, naturally on special demand for a wealthy customer, prices for this 'option' were never published, but then again, anyone who would order it with this massive engine wouldn't care about a little extra cost. 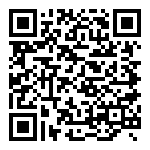