The Lamborghini Aventador LP700-4 took over the reign from the Murciélago back in 2011, ten years after the latter was introduced onto the automotive world to succeed the by now classic Diablo, and while the Murciélago evolved over a decade into the impressive LP670-4 Super Veloce limited edition we must not forget the original model was an angular looking, 6.2 Liter version without massive rear wing or deep chin spoiler.

In fact the classic, clean lines on the original Murciélago didn't age well according to some ... so several companies have been producing all kinds of tuning or conversion kits, turning the original Murciélago into the more recent SV look alike (by LB Performance for instance) ... and a brand new option for owners of a 2001 to 2006 Murciélago 6.2 has been unveiled in December 2012 ... by Abflug in Japan.

The full name for their new aerodynamic package was 'Murciélago LP620 Penna Bianca by Gallant Abflug' ... lets just call it the LP620 Penna Bianca from now on. The complete kit consists of a new front bumper, new side skirts, a new rear bumper including lower diffuser and an impressive rear wing. But that's just the bodywork, naturally there are some more options to be installed by the lucky owner.

For one there is a custom made exhaust muffler by well-known ARQRAY, initially the manifold and exhaust tip seemed to remain stock, however in new official photos of the real car published in August 2013 there is a clear difference seen, the exhaust tip hides pipes in a configuration very similar to the Pagani Zonda ... a 2x2 square. Most likely there is also a power increase on this Bianco Isis (glossy white) finished Murciélago as the LP620 denomination would mean 620 hp.

Now you have to admit the factory original 580 hp isn't too bad either, especially when the car looks like this, apart from the bodywork and custom exhaust Abflug is also offering some new shoes for this lady. How does 8.5x19 inch at the front and 13x20 inch at the back sounds ... not bad I guess, add to this the fact the front wheels get to wear Pirelli P Zero Rosso rubber in 235/35 ZR19 while the rear ones receive massively wide 345/25 ZR20 Italian rubber, all around innovative Abflug Prism III rims ... in this case finished in fashionable black with a very nice red pinstripe.

It seems this particular LP620 Penna Bianca has been initially developed by Gallant Abflug for a specific owner who asked them to modify his personal Murciélago into something more contemporary, at first it wasn't clear of this would be a one-off creation or if a limited production would be offered ... in August 2013 a press release was published that cleared it all up.

Penna Bianca began as a special, custom built car for a specific owner ... a unique Lamborghini ... but Gallant Abflug decided the entire kit would be launched in September 2013 to allow other Murciélago owners to create a more modern looking V12 Raging Bull ... naturally the kit will be delivered unpainted and the customer will have to calculate painting and fitting into the overall cost.

When we take a closer look at the design of this LP620 Penna Bianca aero kit it is obvious the designers took a long look at more recent offerings from Sant'Agata ... styling cues from models like the LP570 Superleggera and Aventador J are visible up front. The new bumper clearly shows large air intakes reminiscent of those used on the Superleggera ... if you look at the side of this new unit it is also clear the black section reminds us of the Aventador J front bumper, more so as it seems the dark sections on this Penna Bianca are actually clear carbon fiber.

The new side skirts on the other hand are more in line with the LP640 and LP670-4 style, larger intakes with an air vent at the back ... on the Penna Bianca an additional, horizontal fin is used to break up an otherwise rather large opening in front of the rear wheels.

At the back things really get interesting, for one there is the new exhaust tip, totally in style with the LP640 model of this car, but the styling has been completely turned around here, lots of lines and air outlets on the new rear bumper/diffuser, including a large carbon fiber section surrounding the aforementioned exhaust tip ... however the taillights remain the same, which is an obvious telltale of the age on the Murciélago ... I would have gone for the more recent LP640 units with their round styling instead of these rectangular lights ... but taste is personal, so I guess the owner is happy with them as they are.

No tuning company would release a kit for a car like a Lamborghini Murciélago without an optional rear wing, and Abflug comes up with a really nice carbon fiber aerofoil to be mounted at the rear, on the initial design drawings it looked a bit like the rear wing from LB-Performance ... a Super Veloce styling but with a totally different strut design ... but on the finished car Gallant Abflug went for a totally different design ... which took inspiration from the awesome Aventador J.

As far as I know the interior remained stock on this white Lamborghini Murciélago, it shows a beautiful combination of dark red leather on the seats, door panels and dashboard combined with black leather ... from the photos showing the finished car it looks like the ride height hasn't been lowered to the extreme as we often see on Japanese owned Lamborghini.

On the outside the Penna Bianca (which stands for White Wings according to Gallant Abflug) is finished in bright white in combination with clear carbon fiber sections ... the owner went the extra Mile by having the side window surrounds, rear view mirrors and the inside of the adjustable air intakes on the 'shoulders' finished in bright red.

There are also some additional, flashing LED at the front, side and rear of this car ... an often seen accessory on cars from this country ... still on this Penna Bianca it still looks rather decent, not over the top.

Printed from www.lambocars.com/murcielago/murcielago_lp620_penna_bianca.html on July 13. 2020 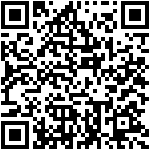