Murciélago, from prototype to production

As we all know, the Diablo successor had a very impressive evolution, the initial development started back when Automobili Lamborghini SpA was still owned by Indonesians, who asked Zagato to design their new Lamborghini flagship, however, when Audi AG took over the company in July 1999, this 'Canto' design was rejected and they started again from scratch.

Note however that a rumoured total of five Canto's have been built, although some sources state the same chassis was used for several of these prototype's, it is believed that only three new chassis were built for the various Canto's.

One of these very unique cars, a black finished one that was made driveable was actually shipped to Japan and is now located in a private collection according to some sources.

But the Canto didn't make it into production, a brand new design, started from a blank sheet of paper did, and this design by Luc Donckerwolcke would become the new Lamborghini Murciélago that was introduced in September 2001.

As usual with prototypes, the first designs weren't practical or weren't what the upper management expected, so Mr Donckerwolcke reworked everything until it was just right.

After this several prototypes were made, some in a 1:1 scale mock up, others were actually really driveable, but a lot of work still needed to be done, both by Donckerwolcke and the engineers at Sant'Agata, as usual one of the main problems was keeping the engine cool, but they worked something out, a really impressive system of adjustable air intakes on the shoulders next to the engine cover.

When Valentino Balboni actually saw the finished Murcielago he actually said : 'for the first time, I think Ferruccio Lamborghini is happy in his grave.'

A statement which shows how close the Murcielago actually comes to being a perfect GT, the car is easy to drive and actually grows around you once you get used to driving it, something the late Ferruccio wanted to create from the start, a perfect all-round Gran Tourismo.

Printed from www.lambocars.com/murcielago/murcielago_from_prototype_to_production.html on August 5. 2020 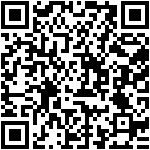