It happens all the time, you finally took delivery of your brand new Murciélago LP640 only to find out your neighbor drives up the street in a similar one which leaves you with two options, you bite the bullet and life with it, or you turn to one of the better known tuner out there and convert your car into a special, personal statement.

Japanese Lamborghini owners are known for their, sometimes very extravagant tuning, with special artwork all over their Bulls, some prefer a more moderate approach and mildly modify their car, even the factory performs this kind of personalization. The Ad Personam programme has been launched especially for this, you are able to order your car in just about every possible color combination imaginable, and remember the Versace limited editions ? In this case Automobili Lamborghini SpA joined forces with the Versace house to create a very special LP640 finished in white and featuring the well known Versace fret, only a handful were ever built in this series, and obtaining one could be next to impossible ... and very expensive.

A few months ago edo competition Motorsport GmbH presented the world's fastest Lamborghini, their LP710/2 evolution boasted no less than 710 Hp and reached a top speed in excess of 360 Km/h (224 Mph), but apparently extreme just isn't enough for some wealthy enthusiasts and edo joined forces with Christian Audigier, an internationally acclaimed designer to create their own limited edition super exotic, only 5 units will be built, completely custom built for each lucky owner at a starting price of US $ 495,000

These LP710 Christian Audigier Limited editions will all feature his well known sparkling skulls and pirate themes, but edo ensures that no two cars will be the same, together with Audigier they well create an individual one for each order they receive, and they don't only alter the outside (as seen on this amazing matte black unit) but also the interior. The Christian Audigier theme is continued on the inside with embroidered crests and skulls on the seats, the door panels and even the central console.

Naturally the outside requires a master to complete, so none other than Markus Pfeil in Austria was called upon to complete the elaborate airbrush on this car, the matte black paint combined with the white and yellow accents make this car stand out very nicely, the high gloss black wheels with yellow pin striping and yellow brake calipers complete the picture here.

Creating an edo LP710 Christian Audigier takes three months, during which the entire car is taken apart and rebuilt from the ground up using the best possible parts, the engine, aerodynamics, exhaust system and interior are all custom made at edo in Ahlen. When the customer collects his personal car he can take it onto the track at either Papenburg or Nardo where he can be accompanied by test driver Patrick Simon, who happens to be a professional race driver too, for a small coaching session ... mastering 710 hp on the rear wheels only could be intimidating to say the least.

It is obvious that edo works in superlatives on these cars, they also have tuning packages for cars like the Ferrari Enzo and the Maserati MC12 in case you would like to expand your garage, but this LP710 is surely something different, the chances of encountering one on the open road will be next to nothing, so it's a perfect addition to your collection.

Printed from www.lambocars.com/murcielago/edo_lp710_christian_audigier_limited_edition.html on July 13. 2020 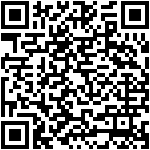