Naturally the introduction of the Lamborghini Gallardo Super Trofeo Stradale was the big news at the 2011 edition of the IAA show in Frankfurt, and this bright red car took center stage on the brand new Automobili Lamborghini SpA stand in Hall 3, between Bentley and Bugatti.

But just at the end of the press conference, when two beautiful ladies removed the red drape from the car, Stephan Winkelmann, CEO of Automobili Lamborghini mentioned something very interesting ... due to popular demand the carbon fiber concept introduced last year at the 2010 Mondial de l'Automobile in Paris will be put into production.

Yes, you are reading this right, Mr Winkelmann confirmed production of the Lamborghini Sesto Elemento, there is a catch however : only 20 will be built, no price has been qouted ... and it can only be used on the track ... first deliveries are in the planning for 2013.

Note that the Sesto Elemento was developed as a showcase for carbon fiber applications, if you take a look at the history of Lamborghini you will find that only once before did the Sant'Agata company had a car that put less than 1000 kgs on the scale ... the 1986 Countach Evoluzione ... another carbon fiber prototype, which at that time wasn't ready to be put into production ... it would take another 25 years before the first Lamborghini using a carbon fiber chassis and bodywork would be ready for production : the new Aventador.

Due to the low weight and high power engine taken from the Gallardo LP570-4 Superleggera, the Sesto Elemento is able to reach 100 Km/h after only 2.5 seconds ... the Sesto Elemento will again show the supremacy of Automobili Lamborghini SpA in composite materials technologies.

I wonder if they will be offering the clear carbon fiber bodywork only or if customers are able to apply paint to this car ... judging by the shades made by MR Collection Models in 1/18 scale on the Sesto Elemento it could be radical in pink ... or not, I would prefer the original carbon fiber body to show itself, perhaps glossy instead of mat like the concept car.

Printed from www.lambocars.com/lambonews/winkelmann_confirms_limited_production_of_the_sesto_elemento.html on August 7. 2020 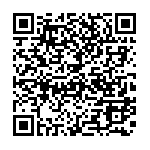