Will the Superveloce be the last of the Aventador breed

Something interesting came to mind yesterday, remember back in 2011 when the Lamborghini Aventador LP700-4 was introduced at the Geneva Auto Show Stephan Winkelmann, CEO and director of Automobili Lamborghini SpA mentioned they ordered a total of eight monocoque molds, each of which would be able to produce up to 500 carbon fiber Aventador 'tubs'.

At that time production of the new Lamborghini Aventador was said to be 'limited' at 4,000 units (the Murciélago was built 4,099 times over a ten year production period so it would make sense for the successor to be built 4,000 times too) ... by early June 2013 the 2,000th Aventador left the assembly line, only 18 months into the production run of this amazing, new V12 model.

In fact, the official production numbers for the Lamborghini Aventador are listed in the annual reports published by Audi AG:

Note that these numbers also include the LP720-4 Anniversary edition (100 Coupé and 100 Roadster) that were built during 2013 and 2014, if the four Veneno and nine Veneno Roadster are also part of these numbers isn't sure, but it is most likely as the Veneno uses the Aventador basics, while the one off Aventador J is surely among these figures too.

If we add up the entire production run of Aventador between 2010 and 2014 the result is 3668 units (2593 Coupé and 1075 Roadster) ... but the 2015 production has been running about four months already, with about 5 cars being finished every day of production this adds up to something around 350 Aventador that have been built this year.

That means that the counter on the Aventador production sits at approximately 4,000 units right now ... so that's it, will production be halted no? Well not really ... as Stephan Winkelmann just confirmed the Aventador Superveloce will be built 600 times with first deliveries in September 2015 ... so what happened with the 8 molds from 2011?

My guess is that either Lamborghini managed to produce more than 500 tubs from these molds, or they just ordered more as the Aventador is still selling steadily, and with the new Superveloce now filling the order books, which are already filled with the LP700-4 and LP700-4 Roadster for the next months anyway it is safe to say they will at least build another 1,000 Aventador during 2015.

If we take a look at the Murciélago LP670-4 SV again, the production run for that model was limited to 350 units (only 185 or 186 were sold in the end, but that's another story) ... so when we transpose this onto the Aventador model it could mean they are building 300 LP750-4 Superveloce and 300 LP750-4 Superveloce Roadster (they have been testing the Roadster version of the Superveloce on the road, so building it is a serious possibility), also keeping in mind the production figures for 2014 show the Aventador Roadster has outsold the Coupé last year 3 to 2, so offering the top of the line Superveloce as a Roadster too makes sense from a marketing point of view.

If we consider the past production years for the flagship model, the Countach was kept in production for 14 year, the Diablo for 11 year and the Murciélago for 10 year, so at first it was believed Lamborghini would keep the Aventador in production for at least 8, a successor would be introduced in 2019 ... if we consider an average of 1,000 cars produced each year that would result in another 4,000 Aventador, taking the total to 8,000 units ... most likely including a major update within a year or two ... but would that make sense for Lamborghini?

It all depends on how the high end exotic car market will evolve in the near future, at the moment the Aventador is still a reference among super cars, and she is selling very well too, but keep in mind several 'editions' have already been introduced over the last four years. Sales of the original LP700-4 have went down a little already, but that has been counteracted by the LP720-4 anniversary edition, the Nazionale, the Pirelli Edition ... and now with the new LP750-4 Superveloce ... while the LP700-4 Roadster and LP720-4 Roadster have picked up a lot of customers too ... but isn't the sale cycle heading toward the end with the Superveloce now, and shouldn't Lamborghini be preparing an heir to the throne of their V12 flagship?

At the moment Automobili Lamborghini SpA has a very strong lineup available, the Aventador is selling well and the new Huracan has become a major success too, at the end of 2014 a total of 1616 V10 were built (76 in 2013 already and 1540 in 2014) while rumor has it the SUV that will probably be based on the Urus concept could be introduced in 2017 ... that leaves one major model release for 2016, which most likely will be the Huracan LP610-4 Spyder and gives the option of showing the Superveloce Roadster at the 2015 IAA in Frankfurt ... somewhere along the line the lightweight Huracan derived from the Super Trofeo/GT3 model will also be unveiled.

So what about the Aventador then ... a major restyle has been talked about a lot, but considering the Huracan Spyder, Huracan Superleggera, Urus and most likely another concept  car to show what Lamborghini is capable of creating (like the Asterion) that would mean an Aventador update could be shown in late 2017 or early 2018 only, with deliveries about six months after that ... we are talking 7 years into the production run at that time with about 7,000 Aventador built ... with a 'facelift' the lifespan would be stretched another two to three years ... and we're at 10,000 Aventador in total with a 10 year production life in 2021 ... wouldn't that be too long and dilute the value of the Aventador too much?

Personally I think Automobili Lamborghini SpA is already working an a successor to the Aventador, but they also ordered a few additional molds to be able to build the current model for the next few years, until sales start to slow down and they will upgrade the factory to prepare the line for the construction of the successor ... so an update on the Aventador style after three different body styles (LP700-4, LP720-4 and LP750-4) and a completely new model in 2021.

With the current order book on the Aventador, Aventador Roadster and new Superveloce I'm sure the production capacity for 2015 is depleted, probably when you order a V12 at this moment you are already looking at an early 2016 delivery ... orders will continue to be booked over the following months, so it is only a matter of time before the 2016 production capacity gets taken too, which means we are talking about approximately 1,500 additional Aventador at the end of 2016, that will use at least 3 extra molds, as the 8 molds that were initially ordered should be used up by now ... with a restyle shown in 2017 they would need at least 8 more molds to build another four years of 'Nuova Aventador' with the 'Aventador Finale' in 2020.

I think Automobili Lamborghini SpA will keep the Aventador in production for up to 10 years and profit from a great base to create extra income with additional versions and special editions ... perhaps a timeline like this might become reality:

A list like this might make sense, but it would mean the Aventador will stay in production in one form or another until 2021, a 10 year production span with nearly 10,000 units and a total of 20 molds to create the carbon fiber tub for this flagship ... only time will tell, but for now the Aventador LP750-4 Superveloce sure looks like a winner and I for one can't wait to see what they come up with next 'made in Sant'Agata'.

Printed from www.lambocars.com/lambonews/will_the_superveloce_be_the_last_of_the_aventador_breed.html on August 12. 2020 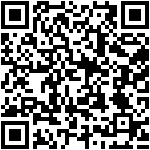