Will the Estoque enter production ?

Ever since Automobili Lamborghini showed the four door Estoque concept car at the 2008 Paris Auto Show people have been wondering when this additional model would enter production in Sant'Agata. But the financial crisis that hit the economical world hard shortly after the introduction of the Lamborghini Estoque put the entire project on the shelve ... were it would remain forever according to sources at Lamborghini.

But things are starting to get back on their feet, and people are again buying high end four door, four seater super cars, models like the Porsche Panamera, the Aston Martin Rapide and the Maserati Quattroporte are reasonably successful, so why shouldn't Lamborghini get into this high end niche of the market with a stunning four door model similar to the Estoque ?

A question that apparently get asked on a regular basis during interviews with Stephan Winkelmann, CEO of Automobili Lamborghini SpA, and that used to be answered in the same way all the time ... there is no room for a third model at Lamborghini right now, or the economical climate isn't ready for such a new investment.

However in a recent interview Mr Winkelmann went another route ... he felt that a four door, four seater super car would be a much better idea for Automobili Lamborghini SpA compared to a high end SUV to succeed the massive LM002 from the Eighties ... there aren't any SUV's in the price range a Lamborghini model would be situated, so producing one isn't a priority for Mr Winkelmann, he would prefer a four door super car that would possibly draw more customers towards Lamborghini and increase profit further.

This could however inflict some serious changes at the factory in Sant'Agata, at this moment there are only two production lines, one for the Gallardo and one for the Murciélago successor (called Aventador according to some sources), so where would they build the third model in the line up ?

I for one liked the Rambo Lambo from the Eighties, but I don't know if the current market is still favourable for such a high end off road vehicle, my guess is that Mr Winkelmann is right and a four door front engine V12 (or V10) would be a better decision for Lamborghini production wise (and profit wise) so if we capture the hints from Sant'Agata right we could be seeing an Espada successor in the near future.

Printed from www.lambocars.com/lambonews/will_the_estoque_enter_production.html on October 28. 2020 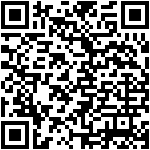