We've been seeing limited edition Lamborghini being offered for sale on a rather regular basis, but this listing surely is one of the more rare species on the market ... how about a Reventón Roadster? According to most sources only 15 have been built, and very few of them were built as RHD models, that's Right Hand Drive for those markets that require the steering wheel on the right side of the dashboard.

So we are looking at a highly limited production car with features years' ahead of its time back then like the dashboard display, the LED Y-shape taillights, the glossy black wheels with clear carbon fiber fins ... all bespoke for the Reventón back in 2007 and 2009. Note the actual matte grey shade used on the Reventón Roadster is ever so slightly lighter compared to the matte grey on the original 2007 Reventón Coupé ... add to this the amazing Alcantara interior combined with smooth leather and clear carbon fiber and you end up with an absolutely beautiful looking work of art.

This surely is a once in a lifetime opportunity to own a car even Automobili Lamborghini SpA stated to be available to only 1 in 700,000,000 people ... being a RHD version lowers these chances even further ... so will you be the lucky one ?

Printed from www.lambocars.com/lambonews/very_rare_lamborghini_reventon_roadster_offered_for_sale.html on September 28. 2020 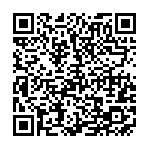