Valentino Balboni has been with Lamborghini for 40 years

A very warm congratulations from all Lamborghini enthusiasts to Valentino Balboni, legendary test driver for Automobili Lamborghini SpA for decades, and these days a valuable representative for the Raging Bull make.

Mr Balboni has been with Automobili Lamborghini SpA for 40 years now, that's right, almost as long as the company exists, in fact on April 21. 1967 none other that the late Ferruccio Lamborghini himself engaged Valentino to work at Sant'Agata.

It is safe to say that Valentino Balboni has been test driving most of the models that left the gates at Sant'Agata the last 40 years, and he 'rubbed shoulders' with the most important customers in the history of the Raging Bull company, but Valentino didn't start as a test driver at Lamborghini.

Even when still going to school, the young Valentino rode his bicycle along the factory to admire those amazing automobiles that were parked outside, and finally, during the summer vacation he was able to start working on the assembly department, after graduating he was able to get a mechanic job at Lamborghini. This latter allowed him to drive the cars in various state of finish from one area to another, knowing Valentino he frequently pressed the accelerator a bit too deep ... resulting in a loud roar from the V12 and spinning rear tires.

His fellow workers and the engineers didn't really enjoy this, but Ferruccio did, and he personally asked Valentino if he would like to become an official test driver for Lamborghini ... he didn't have to think twice about this and gladly accepted this offer, which made him work for the legendary Bob Wallace, the latter took on Valentino as his apprentice and together they fine tuned many Bulls over the following years ...

Back in those early days of cars like the Miura, Valentino and Bob were the only two test drivers at the factory, together they drove around in pre-production prototypes and reported back to the engineers like Stanzani, Bevini and Pedastri with engine related issues, or Dallara when it was related to the chassis setup, as always, Ferruccio had the last word on all Lamborghini models, but Valentino and Bob turned his visions into road cars.

Today Valentino has 20 fellow test drivers, from various countries, including Germans naturally, they drive the cars both on the open road and on enclosed circuits, back in the late Sixties and Seventies, cars were driven on the roads around Sant'Agata, seven days a week and even during the evening, just because there was no time to waste, Lamborghini had to sell cars, so Valentino and Bob had to make sure the customer would receive a car he could handle.

Today Valentino Balboni is Chief Test Driver at Automobili Lamborghini SpA, but he's also present during the most important Lamborghini related events all around the world, as an ambassador for the company, because he is one of the very few people that remain who actually enjoyed the growing up of the factory, or should we say : 'who had the privilege to experience this'

I've personally met Valentino several times at events and auto shows, and every time he is easy to talk to and always takes his time to answer your questions, he's a walking encyclopedia for everything related to Lamborghini ... it's always a pleasure to meet him !

Printed from www.lambocars.com/lambonews/valentino_balboni_has_been_with_lamborghini_for_40_years.html on September 27. 2020 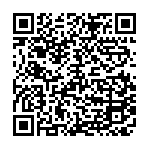