The World's Most Beautiful Car 2005 among sportscars

After its recent launch at the Frankfurt Motor Show, the Lamborghini Gallardo Spyder has been named as "The World's Most Beautiful Car 2005" among sport scars category.

The Gallardo Spyder was selected by an international jury - made up of designers, car and art historians, and specialist journalists - which gathered in Milan in the Trivulziana Library of the Castello Sforzesco.

With a score of 13 points, the Gallardo Spyder won its award as the world's most beautiful sport scar.

These values have made Automobili Lamborghini very successful throughout the world. Equipped with 4961cc, 10 cylinder engine with 520 hp (382 kW), the Lamborghini Gallardo Spyder reaches a top speed of 314 km/h and accelerates from 0 to 100 km/h in 4.3 seconds.

The award will be handed over on 3rd March, 2006 on the occasion of the Milan Triennale. This is not the first time that Automobili Lamborghini has won one of the prestigious "The World's Most Beautiful Car" awards.

In 2004 the award was won by the Murciélago Roadster, while in 2003 it was given to the Gallardo. And in 2001 the first of Lamborghini's new model range, the Murciélago, received a "Special Award".

The new era of Automobili Lamborghini began in 1998, when the company was acquired by AUDI AG.

Printed from www.lambocars.com/lambonews/the_world_s_most_beautiful_car_2005_among_sportscars.html on June 3. 2020 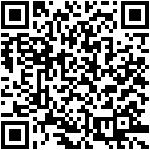