The sky will never be the same

When you visit the official Automobili Lamborghini SpA website today you will be greeted by a new teaser published ahead of the 2015 IAA show in Frankfurt, Germany that opens the doors in two weeks ... with a slogan 'The sky will never be the same' it is highly likely they are talking about the 2016 Huracan LP610-4 Spyder that might be unveiled in Frankfurt.

The official press conference will take place inside the IAA show on September 15th at 12:20 ... we will finally get to see if the rumors are true ... has Lamborghini been testing their new V10 Spyder on the open road in preparation for a worldwide unveil in Frankfurt.

Another unconfirmed fact is the roof of the new Huracan Spyder ... a lot of people were expecting a hard top like most of the competition, but with a price list showing a 'fabric color' option it is highly unlikely Lamborghini  followed the trend for a metal or carbon fiber folding roof ... but went for the well-known canvas top, just like the Gallardo Spyder before and the new Audi R8 Spyder prototype that has been spotted recently.

Most likely we'll be seeing a few teasers in the days before the opening of the IAA in Frankfurt, until the car will be officially unveiled during the VAG VIP night event ahead of the official press conference on Tuesday ... I for one can't wait to admire the open top Huracan in real life...

Printed from www.lambocars.com/lambonews/the_sky_will_never_be_the_same.html on September 20. 2020 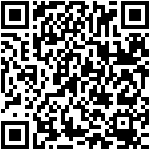