The movie debut for the Murciélago Roadster

The Lamborghini Murciélago Roadster spreads its wings in 'Batman Begins'

The Lamborghini Murciélago Roadster will have its on-screen debut in 'Batman Begins', directed by Christopher Nolan and produced by the Warner Bros Entertainment Inc.

In the film, billionaire Bruce Wayne (Batman), played by the actor Christian Bale, can be seen driving the Lamborghini super car during his private life, when he does not use his Batmobile.

Powered by a 12 cylinder, 6-2 litres, 580 hp engine, the Murciélago Roadster can be equipped with a manual gearbox or with a robotized 'e-gear' system. It accelerates from 0 to 100 km/h in 3.8 seconds and it reaches the maximum speed of 320 km/h.

The Lamborghini was a natural choice for Batman, as the way its doors open perfectly matches the image of the superhero spreading his wings. Furthermore, the name Murciélago means 'bat' in Spanish.

The film was released in the USA and in the rest of the world from June 15th. In the picture (Images © Warner Bros.Entertainment Inc.) : the actor Christian Bale as Bruce Wayne (Batman) on board the Murciélago Roadster.

Printed from www.lambocars.com/lambonews/the_movie_debut_for_the_murcielago_roadster.html on August 8. 2020 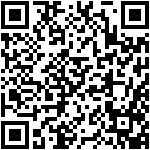