The Gallardo successor line up overview

If the latest gossip on the internet holds any truth we might be seeing an amazing successor to the popular Lamborghini Gallardo in a few months ... latest rumor mentions a public introduction at the 2013 IAA in Frankfurt with CAD drawings being finalized during the summer of this year.

Initial figures seem to conclude we will be seeing a further evolution of the V10 engine used in the current Gallardo model, at the moment a power output of 570 bhp is available on the outgoing model and we all know a new model will offer a power increase ... numbers like 600 bph and even 610 bhp have been going around lately with acceleration figures from 0 to 100 Km/h in the 3.2 seconds region thanks to extensive use of carbon fiber to keep the weight down.

Nothing official has been released in terms of styling yet, but my guess would be that the various concept models and prototypes I've seen over the last decade could be a preview of some kind on what Lamborghini has been working on as a Gallardo successor.

So I took styling from the latest Gallardo models and combine that with details from the Sesto Elemento and the brand new Egoista to come up with a virtual mockup of how the new Lamborghini V10 could look like in the initial LP600-4 version as an MY2014 model.

Now we all know an LP600-4 Spyder will follow the original closed version in a year or two, so I've created a preview on an open top V10 model for 2016 production, the next year Lamborghini intends to have the Urus ready for production so I would wait it out another year and have the ultimate V10 model ready for 2018 production ... the LP650-4 Superleggera with wild looking rear wing and stunning new wheels.

Naturally all of these mockups are pure speculation ... but the unveil of a Gallardo successor is just around the corner now, and the 2013 IAA in Frankfurt, Germany could be the perfect timing to finally blow the competition completely out of the water with a brand new, innovative V10 model from Sant'Agata.

Printed from www.lambocars.com/lambonews/the_gallardo_successor_line_up_overview.html on September 19. 2020 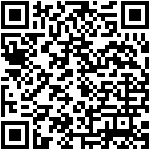