The Gallardo Roadster is nearly finished

During a very secret meeting at the factory in Sant'Agata, a select group of people that were invited by Automobili Lamborghini SpA was shown the new Lamborghini Gallardo Roadster version, a open evolution of the very successful Gallardo V10 model.

Naturally it was not allowed to take photographs of this brand new car, but it became obvious that the Concept S shown at Geneva last March was not a preview of the Gallardo Roadster. The massive divider between the two seats will not appear on the production model, neither will the very nice rear view camera system nor the low windshield.

The Gallardo Roadster will however feature a strong roof configuration, like on the Murciélago Roadster, the engine cover will open in the opposite direction when compared with the closed version, but the roof will actually be able to reach the top speed when fitted, if it will be a canvas roof or a metal/Carbon Fiber roof isn't really clear yet.

The Gallardo Roadster will use a new wheel design that will also appear on the closed Gallardo and a few details will be redesigned for the 2006 model year, also note that the Murciélago will receive a modified engine, probably a 6.5 Liter version with a higher power output rating. Also the design of the front and rear bumper and the side skirts has been made more aggressive for the 2006 evolution of the Lamborghini flagship ...

We'll probably have to wait until the Frankfurt Auto Show (15. - 25. September 2005) to see the first public presentation of both the Gallardo Roadster and the MY 2006 Murciélago, but it is clear that they aren't sleeping at Sant'Agata, some very exciting things are still on their way ... this is just the beginning ...

Printed from www.lambocars.com/lambonews/the_gallardo_roadster_is_nearly_finished.html on August 4. 2020 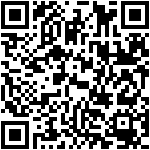