The fourth teaser from Lamborghini was just published

This fourth teaser shot released earlier today doesn't really reveal much this time, unlike the previous ones were we could make an educated guess of what we were looking at, this one has got us a bit confused.

We surely can see the Lamborghini crest on something ... that could be a fuel filler cap ... or perhaps the central hub screw on a full carbon wheel ... or something completely different, what we can tell you now is that this new concept that will be unveiled in Paris will most likely be called the Sixth element ... Carbon fiber.

So it is most unlikely that we'll be seeing a successor to any of the models in the line up today, the car we are looking at in these teasers will be a concept to show just how far Lamborghini can go with carbon fiber to reduce the overall weight of an exotic super car.

This will not be a preview of any production car we'll be seeing anytime soon, in recent interviews Mr Winkelmann still left the option of a third model open, he keeps mentioning that a four seater would be a nice addition to the current line up, but a confirmation that the Estoque or something similar will be entering production soon is still refused.

The only thing we can be rather sure about is the fact we'll be seeing the Murciélago successor next year in Geneva, some rumors even state that a total of 40 cars are ready at the time you are reading this ... and only a few days ago a select group in invitees have seen the new flagship in the flesh during a covert presentation at a secret location (or at the factory, sources don't see eye to eye here ...)

There are some details leaking out slowly lately, the car with an internal codename of LP83X we could be seeing in March 2011 would be something like this

Full carbon chassis with a carbon cell at the front and aluminum tubular section at the rear.
A brand new development V12 engine with a 6.5 liter displacement that offers 700 Bhp in 'normal' trim, expect 750 or even 770 Bhp in SuperVeloce trim.
We could be looking at a 7 speed e-gear transmission with only 50ms delay between gears and offering an acceleration of only 2.9 seconds to reach the much coveted 100 Km/h.
Some sources state 20 inch wheels, but my guess would be 19 inch just to keep within readily available tire sizes.
Overall weight of only 1500 Kgs but still retaining the well known upward opening doors, which will offer a larger opening angle to allow taller people easier access to the driving seat.

The talk about the design goes into a combination of Reventòn and Estoque styling, but unanimously accepted as being stunning, and truly worthy of succeeding the already nice looking Murciélago.

I'm sure many are eagerly counting down the weeks until the next Geneva Motor Show in March 2011 ... when we can all admire the great looks of the car that will have to fill the shoes set down by the Murciélago, which let's be honest still looks really amazing, especially in SuperVeloce trim.

Printed from www.lambocars.com/lambonews/the_fourth_teaser_from_lamborghini_was_just_published.html on August 4. 2020 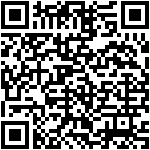