The first-ever Lamborghini Pop-Up Museum is in Hong Kong

The first-ever Lamborghini Pop-Up Museum in Hong Kong located at Soundwill Plaza II - Midtown is open for free to public from now until September 2014, in celebration of the Lamborghini's heritage with more than 50 years of history. The Museum has attracted over 10,000 visitors since its opening in May. A collection of the iconic Lamborghini car models will be showcased on rotation to give a glimpse of the brand’s epochal designs at different periods of time. In addition, the Museum is now featuring a line-up of Lamborghini anniversary edition, including the well renowned Diablo SE 30th Anniversary Edition, the Murciélago 40th Anniversary that marked an important milestone in the history of Lamborghini, and the Aventador LP 720-4 50 Anniversario Roadster.

Mr. Albert Wong, Director of Lamborghini Hong Kong, said, "The three Lamborghini anniversary editions on display soon are all delivered by Kingsway Cars Limited, which has been the official dealer of Lamborghini in Hong Kong since 1992. These models marked more than 50 years of Lamborghini's heritage as well as the important milestones in Kingsway's development. We are very honored to have the opportunity to showcase these rare and prestige anniversary models in a special place like this for local car enthusiasts."

In 1993, Diablo SE was built to celebrate Lamborghini's 30th anniversary.

The Diablo SE, where 'SE' stands for Special Edition. It could be called the sportiest car Lamborghini built in a long time, mainly because the SE was meant to be entered in GT-championships around the world by installing the JOTA upgrade kit on to it.

This Diablo SE with serial number “001” is the first special edition model which delivered by Kingsway Cars Limited, official dealer of Lamborghini Hong Kong since 1992, it also marked the important milestone in the company’s development.

To celebrate Lamborghini’s 40th Anniversary, the House of the Raging Bull offered a special, limited edition series of its supercar Murciélago. A limited amount of 50 numbered cars were produced in 2003.

The car was available in the exclusive Verde Artemis (jade green) colour, with a three-layer pearl effect paint and features some significant modifications - both internal and external - compared to the series production Murciélago. The upper door moulds as well as the ‘voletto’ or pillar surrounding the rear window where the petrol door is located, feature an optic carbon fiber coating. Last but not least, the car has a lateral side plaque featuring the 40th Anniversary Logo as well as an internal limited edition numbered plaque located inside the rear window.

In celebration of its 50th birthday, Automobili Lamborghini presented a very special super sports car at the Shanghai Motor Show 2013 with exclusive equipment and technology. The Lamborghini Aventador LP 720-4 50 Anniversario and Roadster are limited and numbered series of 200 units worldwide. Each unit has a Forged Composite badge with the 50 logo and a serial number.

With its output increased to 720 hp, the 6.5-liter twelve-cylinder in the Aventador LP720-4 50 Anniversary is a 20 hp more powerful than the current V12 in the Aventador LP 700-4. With its new performance-oriented front and rear design, the special paintwork and unique interior trim, this Aventador is one of the most exclusive models ever produced in the history of Lamborghini.

Printed from www.lambocars.com/lambonews/the_first-ever_lamborghini_pop-up_museum_is_in_hong_kong.html on August 3. 2020 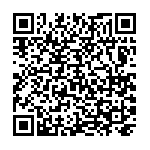