Back in 1971 Enzo Stuarti, a famous singer at that time that was also a serious car enthusiast, rumor has it he even became a test driver for Ferrari and owned a body shop in New Jersey that he asked to create a special GT just for him ... which became the Stuarti Sonata.

Rumor has it they used a chassis, drivetrain and engine from the legendary Lamborghini Miura, but that has proven to be totally wrong, from period photos that show the engine it is obvious we are talking about Lamborghini sourced V12, but more likely a Jarama unit ... also note the double, round headlights on the Sonata, which look a lot like the Jarama lights too.

Only one of these Stuarti Sonata was ever built, chassis number N.J.11739 and for a very long time the whereabouts of this rather strange looking car have been unknown ... until it was listed for sale in early June 2013 on eBay ... the Sonata looked complete, the renowned V12 was sitting in the chassis, but it hadn't been started let alone driven for over 20 years ... bidding went up to $20,000 at that time, but she failed to reach the reserve. Only days later the car was listed again and sold for $20,200 on June 19. 2013.

Once again this unique vehicle disappeared from view ... until now, when the shell only got listed on Craigslist. Located in Los Angeles she is now offered for sale as a shell only, the engine, drivetrain, suspension and wheels are no longer there ... according to the listing the entire body is made from steel and is still in relatively good condition.

Strange thing is the fact she is listed as a '1971 Enzo Stuarti Sonata Lamborghini Miura Concept' ... at one time it was told the engine came from the Miura, which isn't true ... some even stated the chassis was taken from the Miura, but that also didn't make it in the end ... even the wheels are period Borrani wheels and not the highly sought after Miura rims.

So after the owner acquired the car in 2013 he apparently removed the wheels, suspension and engine and now wants to get rid of the remaining shell ... which let's face it, has absolutely nothing to do with Lamborghini anymore ... the only fame the Stuarti Sonata managed to obtain was the fact it has been featured in many books on Lamborghini.

Printed from www.lambocars.com/lambonews/the_1971_stuarti_sonata_surfaces_again.html on August 7. 2020 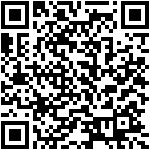