A few weeks ago Bilzonen.dk a website registered in Denmark published photos of what according to them is a test mule for the upcoming Lamborghini Gallardo successor. Showing three images, one a front three quarter view, a rear three quarter view and a photo showing not one but two of these matte black camouflaged test mules in front of a building with a Lamborghini sign against the wall.

Two days ago another article on the Gallardo's replacement was published by the Sunday Times accompanied by the same front view seen on the aforementioned site in Denmark but this time with the background removed ... again talking about it as being the car that will replace the aging Gallardo.

Naturally the car we are seeing in these photos is heavily camouflaged, and I'm sure many body panels we recognize on these images are mere add-ons to hide the real design of the MY2014 Lamborghini V10 model ... or will it become a V8 model now?

The Danish website talks about the fact the photographer heard the car run ... and it didn't sound like a V10 but more like a V6, now that would be really unlikely, so they mention a V8 engine for the Lamborghini that will replace the Gallardo ... which would be in line with Audi that also moved away from the Lamborghini derived V10 engine for their S8 flagship ... rumor has it the new Audi R8, that as we all know will use many basics from the new Gallardo, will only be available with a V8 engine too, and no longer with the V10 we could order in the older R8 version.

Another fact is the interview with Weiming Soh at the 2013 Shanghai Motor Show mentions the Gallardo successor reveal is just around the corner, while in an interview with AutoCAR this same person (who is the marketing and sales manager for Volkswagen China by the way) talks about launching the new model very shortly ... and it will push Lamborghini back to the front of the row when it comes to performance and styling.

Looking closely at these photos it is obvious the entire rear design of the new Lamborghini is hidden from view by 'masking panels', even the shape of the air intakes or the fins on the engine cover are protected from prying eyes ... the front view on the other hand looks like it shows relatively nice design on the front bumper while the headlights get covers that once again hide their real shape ... somehow I'm sure the Y-shaped driving lights will still be there.

Back to the rear ... check out those exhaust pipes, I for one really like their shape and position and wouldn't mind if these are the final look that will go onto the real car when it is unveiled in September at the IAA Auto Show in Frankfurt ... I hope.

The lower side air intakes look like an evolution of the ones used on the Murciélago, while those large round intakes behind the side windows actually remind me of the 1999 Canto ... a design that was rejected as a Diablo successor.

From the side the shape of the windows and the small triangle at the front look very close to the ones used on the current Gallardo, also the exterior rear view mirrors look huge on these photos, while the wheels look like the original Superleggera units with their multitude of small spokes ... but take a look at the door handles ... they look really strange.

All of this makes me believe that what we are seeing here is a test mule for the engine, suspension, road holding and stuff like that ... but it has little or nothing to do with the final exterior design of the Gallardo successor ... the looks of the new Lamborghini car are very well hidden underneath all of these matte black covers.

Still, I for one can't wait to finally see the new Lamborghini V10 model in the flesh, will it be called the Cabrera LP600-4 ... or something totally different remains to be seen ... will this new car be unveiled in a few months in Frankfurt hasn't been officially confirmed either ... but one this is certain: a lot of people are waiting for this new 'entry level' Lamborghini model that will put the competition in the shade once again.

Printed from www.lambocars.com/lambonews/test_mule_for_the_gallardo_successor_spotted.html on August 7. 2020 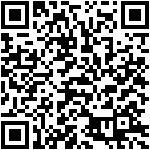