Stephan Winkelmann stepped in when the V10 Gallardo was just introduced in 2003 and the flagship Murciélago was on the market since 2001 ... in the years to come he would oversee the release of several variations of both the V10 and the V12 model and be responsible for their successors ... replacing the Murciélago with the Aventador in 2011 would turn out to be a massive success braking sales records at Sant'Agata, but probably the most stressful period would be when the Gallardo had to be replaced ... the Huracan LP610-4 was able to take over the V10 segment with flying colors ... setting new sales records once again.

Note that the Blancpain Super Trofeo series were also inaugurated under leadership of Stephan Winkelmann, together with the new GT3 involvement ... the Accademia and Esperienza programs were setup and an impressive Collezione Automobili Lamborghini would make the Lamborghini name even more famous.

Automobili Lamborghini SpA managed to receive several important awards, most recently the Top Employer 2016 certification in Italy while on a more personal note Stephan Winkelmann received the title of Knight Grand Cross from President Giorgio Napolitano in May 2014, the highest honor in the Order of Merit of the Italian Republic.

After 11 years Stephan Winkelmann will become CEO at Quattro GmbH, the sports division of Audi AG ... effective on March 15 2016 his position at Lamborghini will be taken over by Stefano Domenicali.

Stefano Domenicali will become the new President and CEO of Automobili Lamborghini SpA in mid-May after being Vice President of New Business Initiatives at Audi AG since November 2014 and before that he represented Ferrari in the F.I.A. World Motor Sport Council ... in fact Domenicali is currently still president of the F.I.A. Single Seater Commission.

Born in Imola on May 11 1965, Stefano Domenicali studied business administration at the University of Bologna were he graduated in 1991 to start his carreed at Ferrari in the finance department, two years later he moved to the famous Scuderia Ferrari as Head of Business Planning ... and became director of the Mugello track (owned by Ferrari by the way). Before becoming the director of the Ferrari F1 team in 1998 he attracted sponsors to Scuderia Ferrari and from 2004 to 2007 he was head of Direzione Sportiva F1.

By 2008 Domenicali had become Team Principal at Scuderia Ferrari F1 and win the Constructor's World Championship the same year only to move onto representing Ferrari in the F.I.A. in 2009 ... seven years later he would become President and CEO of Automobili Lamborghini SpA ...

Printed from www.lambocars.com/lambonews/stefano_domenicali_becomes_ceo_at_automobili_lamborghini_spa.html on September 24. 2020 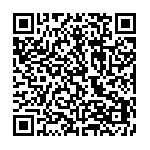