We all know Automobili Lamborghini SpA has confirmed a very limited production run of the stunning Sesto Elemento, the 2010 Paris Motor Show concept car boasting a full carbon fiber bodywork, carbon fiber wheels and a very basic interior ... the Sesto Elemento didn't even have a normal dashboard mounted and the seats were just some padding attached directly onto carbon fiber shells integrated into the chassis.

To counteract the problem of not having adjustable seats Lamborghini came up with an innovative yet very simple solution ... the pedals and dashboard cluster could be moved to cope with different length drivers ... and at the price the Sesto Elemento was rumored to be listed for I wouldn't hand out the keys to anyone, so once set they could remain fixed anyway.

But in Paris it was made clear that production plans were not being considered ... so why bother showing such a beautiful car? However the pressure from Lamborghini owners waiving a checkbook became too much to ignore ... even for Automobili Lamborghini SpA, who let's face it manages to sell a one off Aventador Jota for a stupendous price ... and have customers almost fighting to be allowed to buy it.

At the 2011 IAA Frankfurt Motor show, one year after the initial unveil of the concept in Paris, Stephan Winkelmann, CEO of Automobili Lamborghini SpA confirmed a very limited production run of the Sesto Elemento ... but there was a catch ... this car is so extreme it would not be street legal. The production version of the Sesto Elemento would become a track only car ... this masterpiece of carbon fiber construction was limited to be driven on private roads and on a circuit only ... but apparently that wasn't a major problem ... all 20 units of the Sesto Elemento would be sold by June 2012 ... at a staggering US$ 2,200,000 a piece.

Early July 2012 a press release from Automobili Lamborghini SpA was published about a brand new production and testing facility ... this new building with a small production line could be used for limited edition models ... like the Sesto Elemento production model ... and now Stephan Winkelmann brings two concepts to the United States for the Pebble Beach Concours d'Elegance, the Urus and the Sesto Elemento ... but take a very close look at this Sesto Elemento ... it is not the same car as shown in Paris two years ago.

So people started speculating ... and it seems like this specific Sesto Elemento is in fact the first unit of the production version, who knows, it might not leave the United States again, I'm sure at least one of the these track only cars will get an owner in the US, so it might be this one.

If you look closely at this 'Pebble Beach' version of the Sesto Elemento you quickly notice the stunning looking red engine part at the back is now finished in grey ... I for one would prefer it in red, but I guess there is a reason for having it in grey. Same thing with the dual quick filler set behind the passenger door ... these rings were red on Paris, now they are anodized aluminum.

Now for the good part ... the red air intakes on the engine cover and those ten red outlets did remain, as did the styling in general ... even those amazing rear view mirrors are still there, I noticed they vibrated as you shot the door on the Paris show car, I hope these are now a bit firmer.

Is this specific Sesto Elemento the first production model if the 20 units series? We do not know for sure, but it very well could be, I'm sure those 20 customers that put a down payment with their order for their US$ 2,200,000 track toy are eagerly awaiting delivery ...

Printed from www.lambocars.com/lambonews/sesto_elemento_production_version_at_pebble_beach.html on July 13. 2020 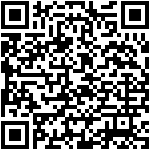