As the latest Lamborghini super car incarnation has been designed with fighter jets in mind, what better habitat to test the powerful acceleration of the Reventón than a military airport ?

Aeronautica Militare Italiana was more than happy to have one of these extremely rare, and expensive cars go head to head with one of their Panavia Tornado fighter planes on the tarmac, and the result were actually really nice ...

Being based on the Murciélago LP640's V12 engine and drive train, you might expect the Reventón is nothing more than a re-bodied Murciélago, but independent road tests have found out that the new Reventón is a totally different car on the road than the production Murciélago, more brutal and aggressive.
The extra 10 Bhp of this limited edition model compared to the production V12 might not seem much, but take into consideration the different setup of the transmission and gearbox, and you're actually driving a completely different kind of automobile.

When the Reventón was shown to the public during the 2007 Frankfurt IAA in September, the entire planned production run of 20 units was already sold out, at a healthy 1 million Euro a piece, these 20 cars will go into automobile history as one of the most expensive cars ever, and most of them will most likely hardly be driven on the open road, so when Automobili Lamborghini SpA decided to have an ultimate acceleration test against a real life jet fighter, tension was high.

The Panavia Tornado was originally built over 32 years ago, but with recent upgrades the 100 IDS versions delivered to the Aeronautica Militare Italiana these fighter jets are still state of the art today, they have been in real life action during the first Gulf War and above Kosove over the last years, but taking on an exotic super car was something the pilots didn't experience before.

The idea was to have both the Reventón and the Tornado at a standstill at the start of the 3 Kilometer long runway of the Ghedi Air Force base, close to Bescia.
This length would be perfect for a side by side race in true 'Fast and Furious' style. With the help of the Generale di Brigata Aerea Carlo Landi, head of the 5th Reparto dello Stato Maggiore dell'A.M., and colonnello Aurelio Colagrande, who is the comandante del Sesto Stormo, the Reventón was positioned next to the Tornado.
The Lamborghini was able to take the lead right from the start, with the impressive acceleration time of only 3.4 Seconds to reach 100 Km/h, the Reventón managed to stay ahead of the Tornado right up to it's top speed of 340 Km/h ... but with little space remaining on the runway, the Tornado was airborne and passed the Lamborghini naturally ...

Still a very impressive feat for the Lamborghini, which again shows the ultimate supremacy of these Sant'Agata masterpieces ...

Printed from www.lambocars.com/lambonews/reventon_goes_head_to_head_with_tornado_fighter_plane.html on August 4. 2020 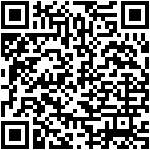