During an interview with Wolfgang Dürheimer (Development director and coordinator of all motorsport activities at the Volkswagen Group) it was made quite clear the partnership between Automobili Lamborghini SpA and Reiter Engineering GmbH will continue in the future, with the latter being a reliable asset in the further development of Lamborghini as a make in motorsport.

Rumor has it Lamborghini intends to continue their motorsport development and activity in house from 2013 on, while Reiter Engineering GmbH has been doing just that over the years ... designing and building Lamborghini race cars outside of Sant'Agata ... but one thing remains clear: Reiter Engineering has been, and will continue to be a valuable partner when it comes to Lamborghini Motorsport.

For the 2013 GT Racing season we will be seeing the return of the Bentley make on the scene to join Porsche, Audi and naturally Lamborghini after being absent for a decade ... Bentley took the victory at Le Mans in 2003 ... this will mean no less than four brands from the Volkswagen Group will be going head to head on some of the most famous tracks out there.

The Raging Bull will naturally be present in 2013 too, which car will be racing is not certain yet, but it might well be a new Gallardo evolution prepared by none other than Reiter Engineering GmbH, a long term partner of Automobili Lamborghini SpA when it comes to converting street legal exotics into brutal race cars.

Remember the Diablo GTR from the late Nineties? Reiter improved it further into a GTR-S model, finished in intimidating black with a large Raging Bull on the hood it almost looks as fast as it actually is. When the Murciélago took over the reign from the Diablo it was only obvious a racing version of the new flagship would have to be developed ... which led to the Murciélago R-GT and later on followed the evolution into the awesome looking Murciélago R-SV.

Probably even more popular were the various Gallardo GT3 editions developed by Reiter Engineering, they even have a street legal GT3 Strada in the books. Initially the Gallardo GT3 was based on the first production model from 2003, but when the Gallardo LP560-4 took over in 2008 it was only a matter of time for the team at Reiter Engineering to use the more powerful model as a base.

First as a Gallardo LP560 GT3 later joined by a mighty GT2 edition ... later on this car evolved into the Gallardo LP600+ GT car that has been entered in the GT Championship races over the last few years, taking the pole on more than one occasion and featuring the most amazing looking engine cover ever on a Gallardo.

Printed from www.lambocars.com/lambonews/reiter_engineering_continues_to_race_the_bull.html on August 7. 2020 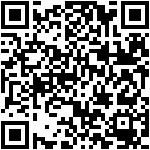