Rage, one of the UK's leading publishers and developers of entertainment software, is pleased to announce that is has entered into a three year licensing agreement with Automobili Lamborghini SpA ('Lamborghini'), one of the world's leading super car manufacturers, to produce an exclusive range of officially branded Lamborghini video games across all next generation console formats.

Lamborghini, founded in 1963 and headquartered in Sant'Agata Bolognese, Italy, was recently brought under full ownership of the Audi AG group and is widely considered to have produced some of the world's best super cars, including the 350 GT, Miura, Countach and Diablo.

Lamborghini also introduced its first new car in eleven years this year - the Murciélago - and the car has already established three International Automobile Federation ('FIA') speed records, including completing 100 miles in 30 minutes at an average speed of over 200mph. The Murciélago has also received numerous press and trade awards throughout the motor industry since its introduction.

The Lamborghini titles currently under development by Rage will be the only video games to feature the entire range of Lamborghini cars past and present and the title has been developed with help and assistance from Lamborghini's chief designers and technicians.

The game will allow the player to join the 'Lamborghini Millionaires Club', founded by high-rolling millionaires with a passion for speed, risk and Lamborghini, and race in a series of leagues set in exotic locations around the world. Members can indulge in high stakes challenges to build up the ultimate collection of Lamborghini vehicles and can also obtain rare and collectable vehicles by entering special 'pink slip challenges' where large sums of money and cars may be won and lost.

As well as several single and multi-player gaming modes, Lamborghini will also be Rage's first broadband capable racing game designed for Xbox™ Live, the multiplayer functionality of the Xbox video game console from Microsoft, and the game will allow players to take their collection of cars online and compete with other drivers around the world.

The Lamborghini game will be officially unveiled by Rage at the Electronic Entertainment Expo (E3) that takes place between the 22nd - 24th May, 2002 in Los Angeles, California, and is scheduled for release on the Microsoft Xbox and Sony PlayStation®2 gaming platforms in Spring 2003 and Nintendo® GameCube™ in Winter 2003.

Headquartered in Liverpool, UK, with publishing offices in France and Germany, Rage was founded in 1992 and is a leading publisher and developer of interactive entertainment software. Rage publishes and develops games on the Sony PlayStation®2, Microsoft Xbox™, Nintendo® GameCube™, Game Boy® Advance™ and PC CD platforms and is also working on gaming content for new and emerging platforms including mobile phones and interactive digital television.

Rage has relationships with Microsoft, Sony, Nintendo, Nokia, Orange and BSkyB and is listed on the London Stock Exchange (FTSE: RGE). http://www.rage.com

The company is part of the Audi AG group and turnover for 2001 was 64.6m Euros. Lamborghini introduced its latest car, the Murciélago, in 2002 and the factory plans to produce 400 Lamborghini vehicles for export in 2002. http://www.lamborghini.com

Printed from www.lambocars.com/lambonews/rage_will_launch_official_lamborghini_game_press_release.html on August 6. 2020 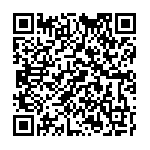