Polo Storico shows one of only four Miura SVJ

In the early Seventies, you could ask the Lamborghini factory to build a very special Miura for you, inspired by the one of a kind Miura Jota built by Bob Wallace in 1970 on chassis 5084, you could ask to have your Miura SV to look like the Jota ... these cars were called the Miura SVJ and factory records mention only four of these were initially built.

One of these factory original Miura SVJ was chassis #4934 that was built for the Shah of Iran, originally this was a dark blue Miura SV that was taken from the assembly line and received the cutouts in the bodywork, finished in a dark burgundy metallic over a white leather interior, this car was delivered in  St Moritz at the end of 1971 ... while a regular Miura SV cost about Lire 8,000,000, the custom-built SVJ version was rumored to add Lire 5,000,000 to this. Note that this specific car was later bought by actor Jonathan Cage in 1997.

Chassis #5090 was the second, original factory built Miura SVJ, and while the first one for the Shah was a Miura SV that was converted, this one was built as an SVJ right from the start to be delivered to a customer in Corsica through the French importer Voitures Paris Monceau, finished in metallic red over a red leather interior, but she was later repainted in grey over blue.

The Lamborghini Miura SVJ on display at the 2020 Rétromobile show in Paris by the Lamborghini Polo Storico department is chassis #4860, and this specific Miura was built for Hubert Hahne, the German importer for Automobili Lamborghini SpA at that time in Dusseldorf. At first, this car was finished in black over a white leather with black cloth interior.

In 1972 this Miura SV was converted into a real SVJ at the factory, by April 1973 Mr Hahne received this very special Miura, probably the only one with a 110 Liter fuel tank .... in 1977 a repaint to silver metallic and full black leather was done at the factory.

This Miura SVJ remained in Germany until the early 2000s, after which she was sold to a Japanese collector that kept the car out of sight ever since until she was recently returned to Sant'Agata to have a 'preservation' done by the Polo Storico department to conserve the condition of this very rare Lamborghini Miura SVJ and to preserve her for the future.

I'm sure this is a priceless piece of automotive history for Automobili Lamborghini SpA, and seeing it on display in Paris really is an amazing opportunity to admire such beauty.

Printed from www.lambocars.com/lambonews/polo_storico_shows_one_of_only_four_miura_svj.html on August 15. 2020 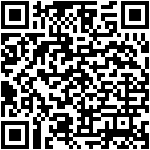