Polo Storico restores one of a kind Miura SVR

I think most of us agree the sensual looking Miura from the SIxties was a stunning car that made  Automobili Lamborghini SpA world-famous only a few years after the factory started producing the 350 GT, with a low riding body and a massive, 4 liter V12 engine mounted transversely behind the two occupants, the Miura was the closest thing to a street legal race car on the road in 1966.

By 1968 the improved Lamborghini Miura S was available, chassis #3781 was, in fact, the show car at the 50th Turin Motor Show in 1968, originally she left the factory in Verde Miura over a black interior to be shown at the show, after that she was delivered to Lamborauto in Turin on November 30, 1968.

When Heinz Straber, from Germany, acquired this Miura in 1974 he had her sent back to the factory to have a  very special conversion done ... to really understand why we have to go back to 1970, when famous Lamborghini test driver Bob Wallace took chassis #5084 from the assembly line and created the Miura Jota in his spare time, a pure-bred racing machine based on the Miura, using engine 30744 inside a body made from Avional composite on a lightened chassis ... fixed headlights, a deep chin spoiler, wide wheel arches and additional air vents and intakes made the Miura Jota look amazing.

On February 8. 1972 the Jota was sold to InterAuto in Brescia sadly a mechanic would become a little over enthusiast showing this car to his girlfriend … he crashed the Bull, ripping the side mounted fuel tanks causing the Jota to catch fire and burn down completely … the fire was so intense most of the bodywork was destroyed, but more importantly, the chassis was warped beyond repair.

The Lamborghini Miura Jota was lost forever, but several inquiries by Miura owners caused a few regular Miura to be rebuilt to a certain level of Jota specifications … some sources call these the Miura SVJ model. Most of these factory replicas only had some bodywork modifications that included the extra intakes and outlets, most of them also got the fuel filler seen on the Jota, only three did get a dry sump lubrication … none of them came even remotely close to the original Jota and were called Miura SVJ, in the end, the factory never accepted to build a second Jota.

So one enthusiast decided to recreate the Jota on his own, UK based Piet Pulford started with a beaten, old Miura (#3033) found in the United States and requested extensive bodywork and chassis modifications from Chris Lawrence (Wymondham Engineering) in Norfolk … note the entire front and rear section were only held onto the Jota by locating pins and Dzus fasteners to allow easy and quick removal. The engine for this Jota recreation was in fact built with help from Bob Wallace himself.

So back to the 1968 Miura S chassis #3781 (engine #2511, body #383), Heinz E. Staber convinced Hubert Hahne to have the factory rebuild this Miura into a Jota inspired model, but unlike the SVJ we already know, this would become a Miura SVR, a more track-oriented version of the SVJ ... it would take until April 1976 to finish this Miura SVR with a widened bodywork to fit the massive BBS wheels on Pirelli P7R tires (345/35ZR15 at the rear, the same as on the Countach S model).

A new suspension was installed using Koni dampers to keep the tires as flat as possible, a set of Girling disk brakes from the Porsche 917 found their way behind the gold BBS wheels, on the engine a dry sump conversion was done, modified cams and open funnel Weber carburetors coupled to an 'open' exhaust resulted in an increase in power for this 1,330 kg Miura SVR.

A deep chin spoiler up front and a Countach inspired roof wing would keep the Miura SVR stable at high speeds, while a set of black Recaro seats would keep the driver and passenger firmly in place ... in 1976 this unique Lamborghini Miura SVR was sold to In 1976 the car was sold to Hiromitsu Ito and made its way to Japan (for a rumoured amount of $550,000), he kept the car for many years, during which a complete, 3 year restoration was performed, during which the interior was replaced with a gold looking leather upholstery.

In late 2015 this one of a kind Lamborghini Miura SVR was for sale in Japan, price on demand only, it seems the car has subsequently been sold and the new owner sent her back to Sant'Agata once more ... this time to have her restored by Polo Storico ... who took 19 months from start to finish to recreate the original 1974 specs Miura SVR.

Paolo Gabrielli, Lamborghini Head of After Sales and Director of the Polo Storico, said: “The full restoration took 19 months and required a different approach to the way we normally work. The original production sheet wasn’t of much help, as we relied mostly on the specifications from the 1974 modifications. The challenge for the Polo Storico team was even more daunting as the car arrived in Sant’Agata in pieces, although the parts were all there, and with considerable modifications. The only variations on the original specifications were the addition of 4-point safety belts, more supportive seats and a removable roll bar. These were expressly requested by the customer and are intended to improve safety during the car’s racetrack exhibitions.”

When the restoration was finally finished and the Miura SVR was delivered to her owner, she was shown at Japan’s Nakayama Circuit, as a throwback to the Japanese manga “Circuit Wolf” in which the Miura SVR was featured many years ago, and while she may not have the same 'value' as the real Miura Jota, or Piet's recreation, it is safe to say this Miura SVR is another milestone in the history of Lamborghini, and the fact that Polo Storico was able to restore her to her former glory makes her even more valuable.

Printed from www.lambocars.com/lambonews/polo_storico_restores_one_of_a_kind_miura_svr.html on June 3. 2020 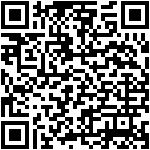