Back in 1963 when the late Ferruccio Lamborghini was looking for tires to fit his new GT super car he came to Milan, more precisely Pirelli, to buy the best rubber on the market that could cope with the V12 power and torque the Lamborghini 350GTV needed ... indeed, even the prototype was rolling on Pirelli tires, the Cinturato HS that had been developed specifically for sports cars reaching speeds up to 240 km/h ... remember we are talking early Sixties here.

So it made perfect sense for Pirelli to accommodate the official press conference from Automobili Lamborghini SpA on the 50° Anniversario Grande Giro right at the Pirelli Foundation in the Bicocca region of Milan ... throughout the last fifty years just about every production Lamborghini had Pirelli tires fitted straight from the factory resulting in a very close working relationship between the two Italian companies.

Talking about the classic Cinturato HS tire keep in mind it not only came as factory fitment on the early GT like the 350GT, 400GT, Islero, Jarama and even the large Espada ... but the sensuous Miura also came with these HS tires, albeit in the new CN72 generation.

Later on the beautiful Lamborghini Miura SV needed wider tires with a lower side wall so the CN73 got selected while the low and wide Countach S and Quattrovalvole models received the new Pirelli P7 tires, a very low profile tire with amazing road holding capacities ... the Countach 25th Anniversary model was the first Lamborghini to use the new Pirelli P-Zero tires back in 1988.

At some point Lamborghini even had Pirelli create custom tires just for them ... remember the massive LM002 SUV off road Bull? The Pirelli Scorpion tires in massive 325/65 VR 17 size were developed specifically on request from Lamborghini for this model ... these tires had to be able to withstand high speed on a rather heavy car so the side walls got reinforced with Kevlar and these Scorpions even offered run-flat capabilities.

The first 'competition' alliance between Lamborghini and Pirelli was the entry of an LM002 into the legendary Paris-Dakar race, but the cooperation didn't stop there ... even today both companies are still working very closely together, all cars in the Blancpain Super Trofeo Series are running Pirelli tires during the competition while the current production models (Gallardo and Aventador) also use the well-known Pirelli P-Zero tires.

In fact the Aventador Roadster is rolling on bespoke P-Zero tires, created in close collaboration between engineers from both companies, these new tires have been developed to be able to cope with the performance the Aventador offers by using structures built with special materials while a firmer compounds will be used. The deformation of the tire has been minimized while high performance and rolling characteristics are guaranteed in all usage conditions the four-wheel drive system can inflict.

The tires are produced at Pirelli’s state of the art production facility near Turin, in Settimo Torinese using Pirelli’s unique ‘Next Mirs’ technology, the latest evolution of Pirelli’s fully robotized tire production process. Tire compounds are precisely mixed thanks to the CCM (Continuous Compound Mixing) system: the most advanced compound mixing process on the market, also used for producing motorsport tires.

Printed from www.lambocars.com/lambonews/pirelli_fifty_years_with_lamborghini.html on August 5. 2020 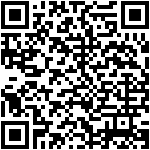