One of a kind Lamborghini Miura Roadster for sale

At the 1968 Brussels Auto Salon Bertone and Lamborghini showed one of their most iconic cars ever made, a Roadster version of the legendary Miura V12 model, still one of the most sensual looking cars ever made at Sant'Agata.

The car drew a crowd in Brussels and Lamborghini received several requests for a similar car from interested people, however Bertone never even designed a roof for this car and Ferruccio Lamborghini didn't want to be built a convertible Miura for two reasons, first of all it would not fit into his idea of a GT as it would be too loud and second of all on the Miura the roof was an integral part of the car, it provided stifness to the chassis.

At the time this light blue Raging Bull with it's magnificent white leather upholstery and red carpet was nothing more than a showcar, it did have a several added sections to the chassis but it was still deemed to be too 'flexible' under heavy acceleration or cornering, so the car was retired within the factory walls until the ILZRO, the International Lead and Zinc Research Organization came looking for a Miura to showcase their products with.

The ILZRO intended to buy a regular Miura and replace as many parts as possible with chromed, zinc and lead ones as they could possible find ... Ferruccio Lamborghini wasn't too taken by this idea ... however a nice solution was found. Why not sell them the Miura Roadster, this prototype was useless as far as production would go, and by selling it to the ILZRO Ferruccio gave them a magnificent show car and got paid top dollar for it, without the risk of the car ever being used on the open road.

The car was shipped to the United States were it was completely converted in the 'Zn75', a name taken from the periodic table of metals. All possible parts were zinc-plated, chrome-plated or polished, other parts were completely remade from scratch in metal made by the ILZRO under the direction of John Foster, a designer for Ford at that time.

When the Miura Roadster was unveiled for the second time it was repainted in a special metallic green shade that was actually sprayed over a black metallic base, it featured a combination of brown leather and suede for the interior upholstery.

The date was May 1969, and the green metallic Zn75 took center stage at various motor shows all over the world, safe to say this by now legendary Miura Roadster covered thousands of miles ... inside containers and on car transporters, it was rarely driven at that time, and things wouldn't get better for this Raging Bull. When it's showtime was over it became available for auction, none other than S.F. Radtke acquired it ... he was is fact the Executive Vice President for the ILZRO, so the car remained close to the company.

Mr Radtke had the car completely refurbished in late 1980 by Synthetex Inc, a valuation at that time was given for a mere US $ 186.000, in February 1981 Mr Radtke donated this one of a kind Lamborghini Miura to the Boston Museum of transportation were it would be shown to the public for many years, they even offered it for sale with a sticker price of $50.000 before it was restored by J. Geils, who was a member of the board for the museum.

After that restoration the car became surrounded by rumors, alledgedly it was sold for $200.000 before it re-appeared at the UK based Portman group who intended to start a local Lamborghini museum with this car in it. Afterwards it was rumoured to be aqcuired by a Japanese collector but eventually it came back to the United States when a New York based real estate developer bought it and had Gary Bobileff restore it back to it's original Brussels Auto Salon state ... a massive task which took over $ 300.000 to complete but was worth it when it took 2nd place overall at the important 2008 Pebble Beach Concours d'Elegance.

Today this car with chassis number 3498 is available for sale through Simon Kidston in Switzerland, price on request only ... but expect it to be in the upper regions, together with the 350GTV this Miura Roadster is arguably the most valuable Lamborghini in existance at this moment, and I highly doubt you'll be able to get your hands on the 350GTV as it is located in the factory museum at this time ... I wouldn't be surprized if Automobili Lamborghini SpA themselves wouldn't have an interest in buying it for their museum.

Printed from www.lambocars.com/lambonews/one_of_a_kind_lamborghini_miura_roadster_for_sale.html on July 2. 2020 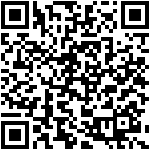