A lot of spy shots have already been captured of what is believed to be the new 2017 Lamborghini Huracan Performante, but the latest ones published by Motor1.com show an interesting new detail ... five-spoke center-lock wheels with a red anodized locking bolt.

With the optional Bastet center-lock wheels now available for the regular Lamborghini Huracan models, it comes as no surprise that the high-performance, lightweight version would go for race inspired center-lock rims too, just like the V12 Superveloce flagship did with the Diantus wheels ... now it seems the Huracan Performante could receive a bespoke set with five thin spokes that end in a wide V towards the outer rim, a rather aggressive styling that suits this special version of the V10.

Still, no official information has been published about this new, upcoming Huracan model, we believe she might be introduced in March 2017 at the Geneve Motor Show and that power will probably by uprated to 640 hp while overall weight could be lowered with 100kg or more by using even more lightweight carbon fiber and Forged Composite material, both inside and on the outside of the Huracan Performante.

Another rumor mentions the use of active aerodynamics on the 2017 Huracan Performante, mostly invisible from the outside, but integrate into the underbody ... even the large rear wing is told to be an integral part of this system to optimize airflow at speed.

With a lightweight version of the Huracan close to being unveiled it is safe to say there will also be a Spyder version of this top of the line V10 model, so we've rendered one for you to admire ... imagine the thunder from those high-mounted exhausts with the top down ...

Printed from www.lambocars.com/lambonews/new_huracan_test_mule_shows_center_lock_wheels.html on August 12. 2020 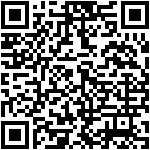