We've been hearing and reading all kinds of rumors about the new car Lamborghini is working on, internal communications talk about the LP724, which is known to the outside world as the upcoming Gallardo successor that might be called Cabrera, a name that has been mentioned a long time already ... but has recently been denied as being the new V10 model from Sant'Agata when Huracan showed up again ... remember this latter was trademarked when the Urus was in the pipeline.

Even the V10 has been questioned lately ... talk about a Twin Turbo V8 engine has surfaced together with photos of two test mules for the new Lamborghini model, while during an interview with Stephan Winkelmann he firmly denied the company was working on a hybrid car like some of the competitors in Europe ... but somehow a hybrid still lurks around the corner ... although I think the first hybrid would be seen in the Urus that has been confirmed for a 2017 production by some sources.

And now another rumor comes up: in an article published by AutoCAR we read that the new Lamborghini model will not be shown in September during the 2013 edition of the IAA in Frankfurt ... instead the 50th Anniversary celebrations that have been going on worldwide during 2013 will come to a massive climax at the IAA by unveiling a very special Lamborghini Concept at the IAA.

The good news would be this new Concept will show a serious preview of the actual production model that will take over from the ten year old Gallardo and we'll finally be able to admire at the 2014 Geneva Auto Show.

Details on the Gallardo successor are still very sketchy ... and totally unofficial naturally, but we should expect a carbon fiber / aluminum space frame structure (that will most likely be shared with the new Audi R8 model to be released in 2015) and an increase in overall length of about 16mm (total length 4,500mm) while width and height remain close to the current Gallardo measurements with 1,900mm and 1,165mm respectively.

Interior space will grow too thanks in part to a 40mm increased wheelbase (2600mm is mentioned) but probably also by using different seats which might be those amazing carbon forged composite units seen in the Aventador J and Urus ... however a full carbon fiber monocoque like the one we see on the Aventador has been abandoned due to cost and manufacturing volume ... the mold to create such a monocoque has a rather limited lifetime.

Body on the other hand will combine lightweight carbon fiber reinforced plastic and aluminum in an effort to keep the total weight of the new Lamborghini LP724 under 1,500kgs that is put on the scales by the current Gallardo LP560-4 model ... there is no word on styling however but I guess we'll see a mix of Sesto Elemento, Egoista and perhaps even Veneno and Aventador on the new Baby Aventador as it has been called online already.

Power could initially come from the well-known, normally aspirated  V10 engine, still at 5.2 Liter displacement it should deliver at least 600hp on all four wheels, with a maximum torque of 400lb ft this engine will comply with the strict EU6 emissions regulations that will be required from 2014 on, when a Twin Turbo V8 would be used it could boost power up to 630hp.

About the gearbox the information isn't really clear either, some sources stick to the fact an ISR gearbox like we know from the Aventador will be used while other sources insist the DCT double clutch system will be borrowed from the current Audi R8 V10 Plus model ...

Performance wise the Huracan LP630-4 (purely speculative name I remind you) could do 0 to 100 Km/h in 3.2 seconds and reach a top speed of 330 Km/h ... those are some really impressive figures for a brand new Lamborghini model that is rumored to be about 7% more expensive than the Gallardo it replaces ... expect the first dealer cars to show up shortly after the March 2014 Geneva Auto Show with actual deliveries in July 2014.

Let's just wait and see what Automobili Lamborghini SpA unveils at the 2013 IAA in Frankfurt and make up our minds after that ... in the meantime feast your eyes on two impressive mockups we put together for you showing both the closed coupé edition and the stylish open top Spyder version.

Printed from www.lambocars.com/lambonews/new_concept_heading_for_frankfurt.html on August 6. 2020 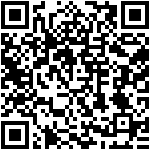