The very exclusive 'Ad Personam' program has been available directly from Sant'Agata for several years now, this allows any customer to specify unique options for his brand new Lamborghini, and it is available on all models in the line-up, from the Gallardo right up to the flagship Murciélago LP640 Roadster.

Just about every option imaginable is possible at Automobili Lamborghini SpA, if you can "think of the impossible", Ad Personam can create it, thus offering you a real, one of a kind Raging Bull, something you won't encounter during the next Italian super car event.

For the 2008 edition of the Detroit Auto Show, Lamborghini decided to put the Ad Personam program in the spotlights once more by showing what was possible of the Gallardo Spyder, Murciélago LP640 Coupé and Roadster.

The Gallardo Spyder would boast a new, matte brown bodywork named 'Marrone Apus' in response the massive reactions on the matte paint job from the amazing Reventón. This new shade is situated between brown and black, but when seen in bright sunlight the entire car emits gold like reflections because the paint contains a special pigment to give it a yet unseen iridescent look, very impressive and must be seen 'in the flesh' to truly understand.

Naturally the Ad Personam also worked on the interior, so this brown car now features a color coded Alcantara interior in 'Marrone Gaia' on the seats combined with Maronne Janus and Bianco Polar leather while both the central console and the steering wheel are covered in Pianolack instead of Carbon Fiber.

Let's take a look at the V12 flagship model, here you can opt for a new light blue shade aptly called 'Blu Cepheus' that actually mimics the color of polar ice, and which is a highly glamorous fashion color for 2008. Also note that the same pigment from the Maronne Apus is used in this new blue color to give a similar iridescent effect. In bright sunlight this shade reflects a nice, bright blue similar to that of an iceberg, but still in a very monochromatic way.

A new leather is also selected for the interior of the Murciélago, this Italian leather is derived from the famous Toscany tanning method, totally untreated it took it's inspiration from the horse saddles. This natural leather will change color in time, confirming it's natural state and totally untreated origin, it will only get more beautiful and characteristic over time.

Stephan Winkelmann, president and CEO of Automobili Lamborghini proudly stated that many of the customers take advantage of the Ad Personam program to create an even more exclusive Lamborghini, offering them the widest range of possibilities for individualizing their cars.

Printed from www.lambocars.com/lambonews/new_ad_personam_examples_shown_in_detroit.html on June 3. 2020 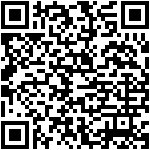