Only a few weeks ago we showed you the amazing looking Lamborghini Murciélago LP670-4 SuperVeloce China Edition (what's in a name right ?), this brand new evolution was unveiled during the 2010 auto show in Beijing and Automobili Lamborghini SpA stated only 10 units would be available on the Chinese market only.

Recently we also mentioned that the regular SuperVeloce of which 350 units would be built, was already sold out ... but now these 10 China Edition models are also gone, so at the moment there is no way to buy a V12 super car from Sant'Agata anymore with a roof in place.

As far as we know they are still building the LP650-4 Roadster right now, but only on special order, my guess is that the production line is being modified to put the successor in production later this year, I'm almost sure we'll see a brand new V12 exotic from Lamborghini in Paris this year.

Perhaps the China edition wasn't to everyone's taste with that stripe running from front to back, but you must admit that the Murciélago SuperVeloce model is a nice swan song for this by now legendary model from Lamborghini, the first super car built under the reigns of Audi AG after they've taken over the company.

It is safe to say the Murciélago reinforced the Lamborghini name worldwide and mode the company profitable once again, adding the Gallardo to the line up later on was probably the best idea ever, building thousands of units for both the V12 and the V10 model made Lamborghini a well known name again in automotive circles, still special and out of this world, Lamborghini is firmly set into automotive history.

Printed from www.lambocars.com/lambonews/murcielago_superveloce_china_edition_sold_out.html on July 2. 2020 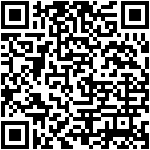