LB48H will not be shown in Geneva but at the IAA

We were all hoping to see the rumored hybrid Lamborghini in a few weeks at the 2019 Geneva Motor Show, but the latest news is setting us up for a disappointment ... the LB48H will not be shown in Switzerland but has been postponed to the IAA in Frankfurt later this year.

The LB48H will be the first V12 hybrid production car from Lamborghini, with only 63 units built at a rumored price of €2,200,000 before taxes, the car has been sold out since July 2018 already ... the 63 owners will, however, be invited to a private unveiling of their car shortly after the Geneva Motor Show.

According to Lamborghini’s Chief Commercial Officer, Federico Foschini, the LB48H is the internal, technical name and the car will receive a fitting name by the time they unveil it, also note this is an important concept for the future, as we all know the LB48H will give us a glimpse at what the Aventador successor will look like.

It has already been confirmed the Aventador will be replaced by a hybrid model, adding electric motors to the V12 engine ... in case of the LB48H we will see the 6.5 liter V12 getting help from two electric motors powering the front wheels, total power output has been rumored to be 838 hp (850PS) so the hybrid  system might add about 100ps to the V12 engine it seems.

We know the styling for the LB48H will be influenced by the Terzo Millennio concept shown in 2017 and will preview some queues for the Aventador successor, just like the Reventon did for the Aventador, Foschini also mentioned the successor would be using the hybrid powertrain to improve performance, they don' t intend to offer long-range driving on electric power alone, but want to have more power without increasing the output from the V12 ... fully electric driving range could be as low as 30km he mentioned.

Foschini also indicated the Aventador successor might be delayed until 2021 because sales are still going strong, the latest Aventador SVJ production of 900 units sold out in a mere four weeks, and we still have the Aventador SVJ Roadster to be unveiled ... so a successor to the V12 flagship from Sant'Agata isn't needed yet, but he also confirmed they are already working on it, the internal code is rumored to be LB635 ...

One more item that came up during the interview ... there will be a surprise from Lamborghini at the IAA in September, Foschini wouldn't reveal any details but he might be referring to a Urus hybrid version that has been talked about for a while now too.

So what will populate the stand at the upcoming Geneva Motor Show in two weeks then ... most likely the public unveiling of the Lamborghini Huracan EVO and perhaps the premiere of the Huracan EVO Spyder ... and what about the Aventador SVJ Roadster, we all know that is still to come too, and how many of this open-top V12 will they produce in the end?

Printed from www.lambocars.com/lambonews/lb48h_will_not_be_shown_in_geneva_but_at_the_iaa.html on August 5. 2020 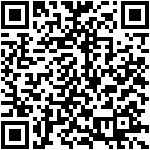