At the 2014 CES Monster® proudly presented the Lamborghini Veneno Roadster as they created the one of a kind audio system for this multi-million dollar limited edition super exotic from Sant'Agata.

The Lamborghini Veneno Roadster has been unveiled a few months ago as the open top evolution of the extremely impressive Veneno LP750-4 shown in Geneva back in 2013, only three units of the original Veneno were built and it sold out even before the public could admire it on the Automobili Lamborghini SpA stand at the 2013 Geneva Auto Show ... the show car would actually remain at the factory while three additional units were built for customers, two in the United States and one for a client in the Middle East.

The red metallic finished Lamborghini Veneno Roadster has been used as a demo car by the factory, first shown in a very impressive private house in the United States, later on the official World Premiere happened on top of an Italian aircraft carrier in the port of Abu Dhabi ... and now this very rare Bull showed up at the CES 2014 in Las Vegas.

The Lamborghini Veneno Roadster will have a limited production of only nine units, each priced at USD 4,500,000. The show car is finished in a new shade called Rosso Veneno, but customers are allowed to order their own shade on, however one item on the red demo car comes with a specific fitment: a high end audio system from renowned Monster®.

Monster® created a unique, high end audio system specifically for the Lamborghini Veneno Roadster, a cutting edge sound system providing a unique and sensational experience, a sound with best-in-class dynamics and clarity featuring Pure Monster Sound® technology that has been fine-tuned for the Veneno Roadster by Head Monster Noel Lee.

Noel Lee was the innovator behind the sound of Beats by Dr. Dre® headphones, he installed the latest Monster® technology and innovations on a sonic level to create a 'live music' experience for both occupants inside the Lamborghini Veneno Roadster.

A quote from Noel Lee: "Producing a sound stage for this car is a particular delight for me and I am proud that Lamborghini placed its trust in Monster® to do this. Lamborghini stands out for being the best Italian luxury super sports car manufacturer and it’s a privilege for me to be onboard with this project."

Printed from www.lambocars.com/lambonews/lamborghini_veneno_roadster_received_audio_by_monster.html on August 13. 2020 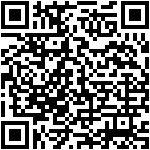