The Ambi Group has acquired the rights to make a movie about the life of Ferruccio Lamborghini, rumor has it they will start filming in the Summer of 2016 already in and around the area of Renazzo where the Lamborghini family lived, the movie will feature an international cast with a working title of "Lamborghini - The legend".

AMBI Pictures of Andrea Iervolino and Monika Bacardi have in fact taken an option to the rights to film the life of Ferruccio Lamborghini, screenplay is said to be performed by Robert (Bobby) Moresco, who won an Academy Award for Best Original Screenplay in the past while the movie will be based upon a book written by Tonino Lamborghini himself.

Lamborghini - The legend will portray the entire life of Ferruccio Lamborghini, not only the famous Automobili Lamborghini SpA story but also the tractor business that made Ferruccio a wealthy man, in fact he became one of the wealthiest men in Italy.

Andrea Iervolino stated "I am very proud to produce a film about a man who has had such a profound impact worldwide, and left a legacy still so alive" while Monika Bacardi added: "This is not just the history of Lamborghini cars and engines, but it is the story of a remarkable career and a fascinating life."

With filming taking place during the Summer of 2016 I guess we could be seeing the finished movie towards the end of 2016 or early 2017 ... this is one movie I will surely be seeing.

Printed from www.lambocars.com/lambonews/lamborghini_the_legend.html on September 24. 2020 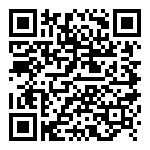