Since a few days the internet has been buzzing with rumours about a new Lamborghini model that will only be unveiled in April at the Beijing Auto Show … and it will not be a production version of the four door Estoque but a new SUV design study.

Apparently plans to build an Estoque style model, four seats and front mounted engine have once again been put on hold as the viability of such a model didn't come out as being interesting enough, the market segment this car would have to compete in is already stagnating and probably the biggest new markets in the next few years aren't looking for a high speed ultra-low super car … but they are interested in a high performance, very luxurious SUV model.

At first the rumour mill turned about the possible Aventador LP700-4 Roadster that would be shown in Geneva in a month, but later on some unofficial statement surfaced on the internet talking about two additional models in Switzerland … so that would mean the Aventador Roadster most likely, and probably the production ready version of the Sesto Elemento, the latter being built in very low numbers, most likely only 20, and with a very hefty price tag of €1,700,000 … and still not street legal, so it will be a track day car only.

And now a third model is being talked about, another step into the SUV segment after the Rambo Lambo LM002 model from the Eighties would be presented at the Beijing Motor Show in April. And honestly it would make sense for Lamborghini to release such a car, and unveil it at that show … think about it, the roads in China aren't the smoothest in the world, and a Gallardo or an Aventador might be a stunning super car, and it is selling very well over there … but the idea of a high power model that allows traveling over less than perfect roads and going off road from time to time might appeal even more to possible customers over there.

Also lets think about countries like India, there are some extremely wealthy people over there, and once again on most of the public roads an Aventador would be quite useless, but a V10 powered SUV could tackle these roads with ease, so building such a vehicle as a third model at Sant'Agata isn't such a far-fetched idea after all, and if we can believe the report at autoweek.com it has been confirmed by a high ranking manager at Audi in Germany … however Automobili Lamborghini SpA hasn't confirmed nor denied anything … as to be expected of course.

The SUV concept that could be shown at Beijing will most likely be built from 2016 onwards, next to an evolution of the Aventador and the successor to the Gallardo, the latter being expected on the market in 2014 … but the same source at Audi also mentioned a car loosely based on the Estoque concept could very well be a fourth model in the line-up … in case you wonder where they are going to put the assembly line at Sant'Agata for all these models, fear not.

At this moment the Audi Q7, Porsche Cayenne and VW Tuareg aren't built in Germany either, on the contrary these top of the line SUV models are built in Slovakia, in a Volkswagen Group factory at Bratislava to be exact … as the Lamborghini SUV will most likely be sharing lots of basic elements with these three it wouldn't surprise me if the LB736, which is the internal code for this model at Lamborghini, would be built over there too with final assembly and finishing only in Sant'Agata … same as with the LM002 mind you, which was built in Spain.

Only recently Maserati unveiled their Kubang as being a high end SUV with unseen luxury inside … a statement the people at Range Rover didn't appreciate much I guess, also note the top of the line Porsche Cayenne, the BMW X6M and a similar new model from Mercedes are the perfect rivals for this Lamborghini, we are talking about an SUV that will be positioned at the top of this market segment.

We even managed some figures on this upcoming model, probably less than 1,500 would be built per year and could be listed at about $200,000 in the United States as the most important market for Lamborghini next to China … expect to see a V10 engine up front but no turbo chargers … Stephan Winkelmann did confirm Lamborghini isn't going to be putting turbo chargers on the Gallardo successor, so it is highly unlikely we'll be seeing a turbo or two … or four … on a Lamborghini SUV model.

To keep costs down we can expect the Lamborghini LB736 to share chassis, suspension and transmission parts with the new MLB architecture that will be used in the new Q7 model from Audi, but also in a shorter wheelbase version on the Porsche Cayenne and Volkswagen Tuareg successors … and taken into account this same chassis could be used on a Bentley off-road vehicle we can only conclude the market for high power, very luxurious off-road SUV models is booming … so time to jump on that train.

By using aluminium and carbon fiber in the construction of the Lamborghini LB736 SUV weight could be as low as 2000 Kgs … remember Lamborghini has invested vast amounts of money and gained tremendous knowledge in using carbon fiber for automotive applications with the Aventador … so putting this experience into the Gallardo successor and a possible SUV model is only the next, obvious step in the history of the Raging Bull.

Will the V10 engine be the only one available on the Lamborghini SUV ? I highly doubt that to be honest, and I think a big displacement diesel engine will most likely be available too, but not at first probably, as with the Porsche Cayenne, the diesel burner was only added later on … but for some reason I don't think a 3-Liter diesel engine will do for Lamborghini, so I would expect something like the large 6-Liter V12 Tdi as seen in the Audi Q7 to find a way to show up in the Lamborghini SUV after a few years.

On the other hand I also heard rumor about the fact the Aventador LP700-4 Roadster will not be shown in Geneva as production of this new variant would be performed on the same line as the closed model, and with a waiting list of 18 months already the production capacity to add a second model on the same line might not be able to cope with the additional strain … but somehow I would really like to see a Roadster version of the flagship.

So it looks like 2012 is another very important year for Automobili Lamborghini SpA, 2011 was also not to be discarded with the worldwide financial crisis and the introduction of a new flagship model … you are never sure about the response to a totally new design, and it must be said … Lamborghini hit the nail right in the middle, the Aventador is a massive success, the Gallardo is still selling steadily and I'm sure the successor that we'll be seeing in two years will be selling great too … so a third model in four years looks conceivable and why not a fourth model based on the Estoque in 2018 ?

That would mean a small revolution on the super car market every two years … remember Stephan Winkelmann once said Lamborghini would be introducing a new model, or an evolution of an existing model, each year … they have their work cut out for them, and I only applaud that … at least we have something to look out for every year at Geneva and every other year in Paris or Frankfurt … too bad Beijing is a bit too far away for me …

Printed from www.lambocars.com/lambonews/lamborghini_suv_concept_confirmed.html on August 7. 2020 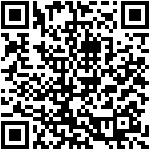