Automobili Lamborghini and Pirelli, once again in partnership: the House of the Raging Bull's super sportscars were among the luxury vehicles chosen by the tyre manufacturer for the new 2010 Pirelli calendar presentation, which took place last night in London.

A Murciélago LP 670-4 SuperVeloce and two Gallardos - an LP 560-4 Spyder and the latest limited edition, rear-wheel drive LP 550-2 Valentino Balboni ? chauffeured some of the best known celebrities from music and show business to the event, including English model and socialite Lady Victoria Hervey, and songwriter, singer and twice Brit Award winner James Blunt and his companion. Blunt's album 'Back to Bedlam' has sold 11 million copies worldwide and topped the charts in 18 countries.

For the occasion, all three Lamborghinis sported a special feature: hidden LED lights which, positioned under the wheel arches, illuminated the tyres in homage to the Milan-based tyre company.

The long-standing partnership between Lamborghini and Pirelli, both leaders in the automotive industry, focuses on technologically advanced solutions such as specific tyres to match Lamborghini sportscars' extreme power and performance.

Lamborghini and Pirelli's partnership extends to motorsport: Pirelli is the only official supplier of both the Lamborghini Blancpain Super Trofeo one-make series and of the Lamborghini Academy, which organises Lamborghini driving courses on prestigious international racetracks.

Recently, the partnership has also been documented on film: made by Pirelli in 2007 and widely available on the Internet, the short feature stars a yellow Gallardo, clad in Pirelli PZero tyres, driven on Los Angeles streets by actress Uma Thurman escaping from an ambush.

Printed from www.lambocars.com/lambonews/lamborghini_sportscars_at_2010_pirelli_calendar_premiere.html on June 3. 2020 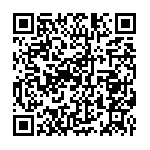