Times have been hard for many due to the financial crisis that has been creeping on the last few years, car manufacturers are seeing valuable sales figures declining in double digit ... however Automobili Lamborghini SpA managed to sell a total of 2083 Raging Bulls during 2012, which is a 30 percent increase over 2011.

According to Belga, the Belgian news agency, a massive 53 percent increase of sales was reached in the United States, which is still the most important market for the super car builder from Sant'Agata, however China is closing in very fast, with the Gallardo in its final year of production it still managed to outsell the V12 flagship, but only barely in fact as no less than 922 Aventador left the factory doors in 2012, one of them being the magnificent Aventador J we saw at the Geneva Auto Show ... that would mean a total of 1161 Gallardo V10 models were sold in 2012 too.

With over 900 Aventador being built and sold in one year Lamborghini made one thing quite clear: not only did they manage to build 1000 units by mid-2012 ... but this new Raging Bull flagship nearly sold twice as many units compared to the Murciélago, who only managed 425 Bulls during the best year for this model ... 2007, which would be the LP640 in fact.

Still 2013 will become a milestone year in the history of Automobili Lamborghini SpA, not only does it mark the 50th anniversary of the founding of the company, but it will also see a special celebration model taking the highlight of the stand during the 2013 Geneva Auto Show being flanked by both the Aventador Roadster and the closed Aventador LP700-4.

Furthermore we could be seeing over 350 Lamborghinis gather for the official factory event in May when the company organizes an impressive trip from Milan to Sant'Agata, at this time over 250 cars have already be entered for this drive in the Italian countryside ... one of them being the ItalDesign Cala by the way.

One major decision will also take place during 2013 ... the production of the Lamborghini Urus, the beautiful looking SUV presented at the Beijing Car Show in April 2012. The intention from the start was to have this exotic off road Bull join the Aventador and Gallardo successor production lines in 2017, but if that time schedule is to be kept they have to decide to develop it into a production ready model by the end of 2013 ... if the budget is available that is.

During a press conference in New York Stephan Winkelmann, CEO of Automobili Lamborghini SpA, made it clear that they are still right on track for a 2017 unveil of the Lamborghini Urus, but a final decision on the production of this third model in the lineup has to be taken within the next 12 months ... unfortunately this would also mean the beautiful Estoque four door concept will remain a one off prototype for the next five years at least ... the first revolution will be the unveil of the new V10 model ... which will be a completely new car with next to nothing in common with the current Gallardo ... if it is another leap forward like the Aventador was from the Murciélago I'm sure it will take your breath away. 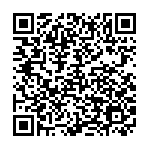