Apparently, the official press has recently received an invitation from Automobili Lamborghini SpA to attend the unveil of a brand new car in January 2017. UK-based Autocar magazine published more information about this online ...

Lamborghini will bring 'a new design, superior power and a mix of advanced technologies' to the Ricardo Tormo F1 track in Valencia, Spain next month ... there were no photos with the invitation so it isn't clear what model they are talking about as there are two different test mules being captured in spy shots lately.

Autocar and many other publications are convinced we will be seeing the new evolution of the V12 flagship model in Spain, with the 'Aventador S' being trademarked recently it could be time for a facelift of the original LP700-4 model that was introduced in 2011 ... over five years ago by now, so it might be a wise marketing decision to 'refresh' the top of the line model.

Sure we had the Aventador LP720-4 and LP750-4 Superveloce already, but those were both limited edition models, not actual production versions, so the Aventador S should be considered as the successor to the LP700-4 model ... probably not as powerful as the Superveloce but still raising the bar of 700hp to at least 730hp or 740hp.

Most likely the first customer cars for this new model will be delivered towards the Summer of 2017, by that time we could already be seeing the release of the Aventador S Roadster too, if they replace the original LP700-4 with the Aventador S they sure won't be selling too many LP700-4 Roadster anymore ... people will want to get the new model in the 'open top' variant as soon as possible.

Another Lamborghini model that has been frantically tested lately is the Huracan Performante, recent spy shots of this lightweight V10 in the snow have unveiled a new design for the center-lock wheels ... this car could also be described as 'new design, superior power and a mix of advanced technologies' ... so will we seen a new V12 in January ... or will it be the new V10?

Printed from www.lambocars.com/lambonews/lamborghini_set_to_unveil_new_car_in_january_2017.html on August 4. 2020 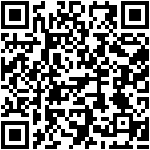