Italdesign was founded back in 1968 by Giorgetto Giugiaro and Also Mantovani, both considered as pioneers in the contemporary car design in Italy. Today IDG (ItalDesign Giugiaro) employs about 800 people and turns around over € 100 million each year in sales, as we all know they've created some of the most impressive car designs ever.

Italdesign was responsible for the design of the original VW Golf, a real success for Volkswagen who continued to have both production models and styling studies developed by the Italdesign styling house.

However the VW groups has announced plans to buy a 90 percent stake in this well known Italian based design house, they plan to have Automobili Lamborghini SpA buy 90.1% of the shares in italdesign, the remaining 9.9% will remain the property of the Giugiaro family ... according to Martin Winterkorn (CEO of VW), Italdesign will become part of the VW group that will continue its model initiative for the years ahead.

Italdesign actually made the Golf I, the Scirocco, the Passat and the Audi 80, so it's safe to say that they styled the VW's from the early 70's onward, which made them a perfect addition to the group.

We will see if this new design house will also contribute new styling for upcoming Lamborghini models, however the Sant'Agata based super car maker has it's own styling studio ran by Walter de'Silva, so there could be some healthy competition in the future.

Printed from www.lambocars.com/lambonews/lamborghini_set_to_buy_italdesign.html on June 3. 2020 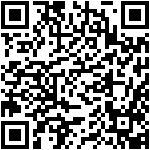