In the Fiscal Year 2013 (31.12.2013), Automobili Lamborghini S.p.A. improved its key financial figures once more and marked another successful step in its brand history of more than 50 years. With worldwide deliveries to customers increasing from 2,083 to 2,121 units, the Italian super sports car manufacturer improved its sales for the third consecutive year. These sales figures are outperforming the market trends in the super sports car segment.

The turnover shows a solid growth by 8% from 469 million Euro to 508 million Euro. This over-proportional increase compared to deliveries is due to an improved model mix; in 2013, 1,001 units of the top model, the V12 powered Lamborghini Aventador LP 700-4 were sold. This is a record for V12 powered Lamborghini models and represents a 9% increase from 922 units sold in 2012. Two and a half years after its market introduction the order bank for both Coupé and Roadster still covers the next 12 months' production. Overall, 2013 was another positive year in terms of profitability.

In its final year of production, the evergreen Lamborghini Gallardo recorded remarkably stable deliveries of 1,120 units following 2012 when 1,161 Gallardo were sold. With 14,022 units sold over its entire lifecycle, this makes the Gallardo the bestselling Lamborghini of all time to date.

"In the year of our 50th anniversary, Lamborghini has delivered a very satisfying performance, confirming the strength of our product and commercial strategy. Today the company is driving towards the future from a very solid economic base. With our very attractive and new model mix, ongoing high investments of more than 20% of our total turnover into R&D as well as continuous investments into factory premises and the recovery of the markets we anticipate a new phase of solid global growth into new dimensions in the short and long term" said Stephan Winkelmann, President and CEO of Automobili Lamborghini S.p.A.

Lamborghini is a global brand, and sales distribution has been well balanced among the three regions: EMEA (Europe, Middle East, Africa) 34%, America 36% and Asia Pacific 30%.This enables the company to respond flexibly to fluctuations in single markets should they occur.

In 2013, the company continued its path of sustainable development: enlarging its facilities and hiring 100 highly qualified professionals in Sant'Agata Bolognese to address both production demand and new projects, with 1,029 employees at the end of the year. As for human resources and ethical commitment Lamborghini has just been awarded two important prizes: the prestigious accolade "Top Employers Italia 2014", the first Italian car producer to be selected for this award, and the "Ethical Company" award.

The successor of the Gallardo, the new Lamborghini Huracán LP 610-4, made its global debut at the Geneva Motor Show 2014 and is currently receiving overwhelming reactions from markets and customers all over the world. This is also mirrored in the positive media coverage of the new car emanating from the show. Even before the official launch of the Huracán LP 610-4, Lamborghini registered more than 1,000 orders for the highly innovative new super sports car designed to set a new benchmark in its segment.

Printed from www.lambocars.com/lambonews/lamborghini_reaches_record_turnover_for_2013.html on August 7. 2020 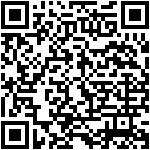