Lamborghini project LB48H will be a hybrid

Apparently, Lamborghini is not only finalizing the Aventador Super Veloce Jota, or SVJ, at the moment, but there is a rumor we might be seeing a new one-off, limited edition supercar from Sant'Agata soon too.

Not much is known about this new 'special' from the house of the Raging Bull, but it is believed production will be limited to only 63 models, a throwback to the fact Automobili Lamborghini SpA was founded back in 1963 ... and another rumor mentions it will be a hybrid, which would make it the first of its kind from Lamborghini.

Back in 2014, Lamborghini unveiled the Asterion LPI910-4 at the Paris Motor Show, a concept showing a V10 engine taken from the Huracan and coupled to three electric motors to create a total power output of no less than 910hp ... but that car remained a prototype and was never put into production.

But there has been an Aventador Hybrid test mule a few years ago, the Tosca was hiding a V10 engine to power the rear wheels and a pair of electric motors to power the front wheels, inside the body of an Aventador LP700-4 ... but the technology wasn't ready for production at that time and the Tosca wasn't developed further ... until now that is.

In late 2017 Lamborghini stunned the world with an all-electric concept called the Terzo Millennio, a very low, LeMans styled supercar that didn't have any V12 engine, just electric motors on all four wheels ... but that prototype was a static model, it wasn't driveable ... in the near future, we might be seeing a fully functional hybrid instead.

We might be seeing this new one-off model from Lamborghini as soon as 2018 already, possibly with an unveil at the Geneva Motor Show, just like the Veneno and Centenario before ... both limited edition models based on the Aventador chassis ... which is why we think the new LB48H will also be using the Aventador cockpit and chassis, so the wheelbase will be the same as the earlier V12 one-off models.

Styling is rumored to have taken a lot of design cues from the Terzo Millennio, which is why we've created a few renders on how this new model might look if you take the Aventador as a base and fit the Terzo Millennio styling onto that chassis ... the result is rather aggressive looking by the way.

With a production that is possibly limited to 63 units and a price being whispered of $2,500,000 each this might become the next collectible Lamborghini instantly ... for now only in coupe form, but just imagine a Roadster edition of the LB48H ... we've certainly rendered an open-top version to dream about.

During a VIP event in Italy last month, prospective buyers were shown the LB48H already, but as usual, no photos have surfaced from that occasion, and there is talk about further private VIP showings of this new one-off in New York and Tokyo ... but by the time we will be seeing the real car being unveiled I guess all 63 units will be sold already.

If the Centenario is anything to go by for this new LB48H model we might again be seeing a full carbon fiber body (as an option or as standard, who knows), but wouldn't it be nice if Lamborghini would offer this car with 'tinted carbon fiber' ... so a clear carbon fiber body, but finished in Rosso or Arancio ... now that would really put this model at a level yet unseen in Sant'Agata.

Printed from www.lambocars.com/lambonews/lamborghini_project_lb48h_will_be_a_hybrid.html on September 27. 2020 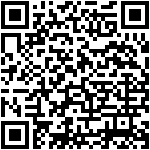